Latest News
Home /Now in Katy: One of the world’s fastest supercomputers (via Qpute.com)


Katy, Texas, isn’t where you’d normally expect to find one of the fastest supercomputers in the world. But Thursday, an Australian company will fire up a digital behemoth in a data center near that Houston suburb that, when it is fleshed out by the end of the year, will have world-class computing power.

Coyly dubbed DUG McCloud, the system takes up a 22,000-square-foot room at the Skybox Data Center on Franz Road in Katy, with another identically sized room in waiting for expansion. When completed by the end of the year, it will be comprised of 40,000 processors. All this hardware is immersed in a chilled, non-toxic oil to keep it cool.

DownUnder GeoSolutions, based in Perth, Australia, conducted a global search for the data center to house its creation and settled on Katy, just a few miles from its Houston office. Two big reasons: cheap electricity and fast connectivity. 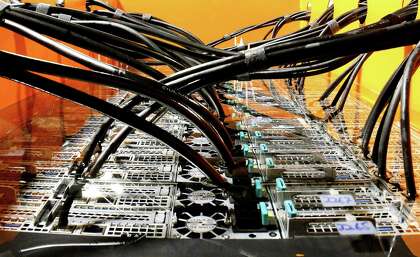 “We looked at power costs and fiber-optic availability,” said Matthew Lamont, DownUnder’s chief executive and co-founder. “We found this beautiful new facility, and it’s in Houston, where the oil industry lives. It makes sense having it in Houston.”

The 21st century oil and gas industry thrives on hardcore computing power, crunching data derived from seismic testing to find oil deep in the ground and below the sea. Supercomputers speed up the process of analyzing and visualizing that data, and the faster they are, the better. DownUnder declined to disclose the names of any customers.

While the laptop on your desk or the smartphone in your pocket are certainly powerful computers, they pale in comparison to supercomputers. While PCs and mobile devices typically have a single microprocessor handling computational chores, Supercomputers have thousands of them.

Traditional computers tackle one problem at a time, but supercomputers are designed to take a problem and break into many smaller pieces, with many processors working to solve them. In the case of DUG McCloud, the system has between 5,000 and 6,000 processors from Intel, with more on the way. By the end of the year, there will be 40,000, said Phil Schwan, DownUnder’s chief technology officer.

“Basically, Intel can’t make them fast enough,” Schwan said. “We are their primary customer for them.”

The system is built on a type of Xeon Phi processors from Intel, which makes DUG McCloud a rare machine. Many supercomputers are built on GPUs, or graphical processing units, which have the same kind of architecture as the chips found in high-end video cards. But there are features of the Intel chips that make them better suited for what DownUnder wants to do, Schwan said. 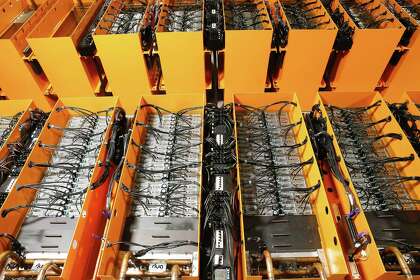 Timothy Pickett Morgan, co-editor of Next Platform, a trade publication focused on high-performance computing, said DownUnder has done a good job of making Intel’s processors, which are an older model released in 2016, “sit up and bark with their code.”

“They are the last buyer of any size for the Knight’s Landing processors,” he said, referring to the generation name of Intel’s Xeon Phi chips. “They’ve got this marvelous code that would normally run on GPUs and they’ve done a great job of tuning that code for these processors.”

Morgan said DownUnder’s business model is similar to that of Google or Amazon Web Services, which sell access to high-performance systems and can expand as needed. To that end, there’s another 22,000-square-foot room at Skybox reserved for DUG McCloud, and a 10-acre building is in the works for even more expansion.

“They’re running a supercomputer as a service,” he said. And doing that involves finding ways to cut costs and boost profits.

For example, DownUnder has a method of connecting the processors to each other that dramatically reduces the amount of wiring, and thus the cost. 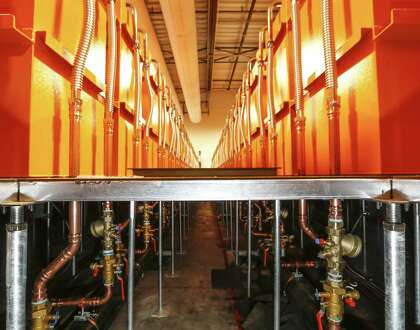 Because the hardware is submersed in oil to stay cool, fans and costly air conditioning systems aren’t required, reducing power costs. The Skybox Data Center is located next to a CenterPoint power substation, so the electricity flowing into it is stable — and inexpensive.

“Houston has some of the lowest electricity costs in the country,” Lamont said. He would not say how much DownUnder is paying for power.

Fast, in its way

Modern supercomputer speeds are measured in petaflops, which is one thousand million million floating point operations (that’s where -FLOPs comes from). Schwan said at its current configuration, DUG McCloud is a 30-petaflop system. But when it hits its planned 40,000 processors, it will be at 250 petaflops, based on what’s called single-precision computations.

With those specs, Lamont said, it should be one of the fastest in the world. But because of the nature of supercomputing metrics, it won’t necessarily show up on the canonical list of the speediest systems.

Top500, found online at top500.org, lists the 500 most powerful supercomputers in the world. It is updated twice a year, and was last updated in November 2018. A system named Summit at the Oak Ridge National Laboratory, operated by the U.S. Department of Energy, is currently at the top of the list at about 200 petaflops. 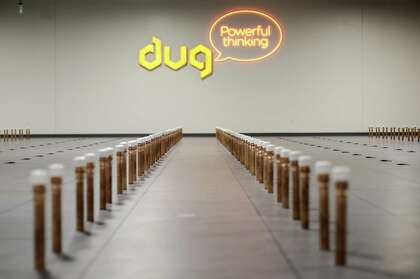 Operators of supercomputers can make the list by submitting the results of a benchmark test called Linpack. But that program doesn’t run well on DUG McCloud because it’s tuned for oil and gas applications, not for benchmark programs. Schwan said that, as a result, DownUnder won’t be seeking inclusion on the list.

Gerald Gorman, a computer scientist on the engineering faculty at the Imperial College of London, said many powerful supercomputers don’t make this list.

“It’s not really representative of engineering applications,” Gorman said, affing that some supercomputing operators are “hostile” to the Top500 list.

He cited the case of Blue Wave, a system at the National Center for Supercomputing Applications at the University of Illinois-Urbana Champagne, whose operators famously spurned the list in a scathing public statement over its irrelevance.

“The only benchmarks that are really relevant is the application you need to run on it to make money or change society,” Gorman said.

Is Quantum Supremacy A Threat…

Mark Machin Joins the Board…