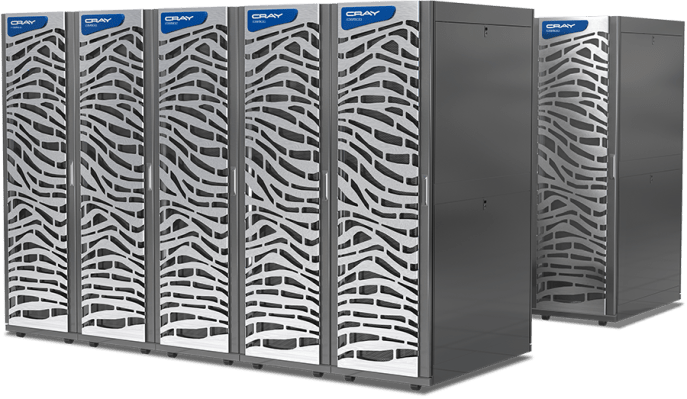 HPE announced it was buying Cray for $1.3 billion, giving it access to the company’s high performance computing portfolio, and perhaps a foothold into quantum computing in the future.

The purchase price was $35 a share, a $5.19 premium over yesterday’s close of $29.81 a share. Cray was founded in the 1970s and for a time represented the cutting edge of super computing in the United States, but times have changed, and as the market has shifted, a deal like this makes sense.

Ray Wang, founder and principal analyst at Constellation Research says this is about consolidation at the high end of the market. “This is a smart acquisition for HPE. Cray has been losing money for some time but had a great portfolio of IP and patents that is key for the quantum era,” he told TechCrunch.

While HPE’s president and CEO Antonio Neri didn’t see it in those terms, he did see an opportunity in combining the two organizations. “By combining our world-class teams and technology, we will have the opportunity to drive the next generation of high performance computing and play an important part in advancing the way people live and work,” he said in a statement.

Cray CEO and president Peter Ungaro agreed. “We believe that the combination of Cray and HPE creates an industry leader in the fast-growing High-Performance Computing and AI markets and creates a number of opportunities that neither company would likely be able to capture on their own,” he wrote in a blog post announcing the deal.

While it’s not clear how this will work over time, this type of consolidation usually involves some job loss on the operations side of the house as the two companies become one. It is also unclear how this will affect Cray’s customers as it moves to become part of HPE but HPE has plans to create a high performance computing product family using its new assets.

HPE was formed when HP split into two companies in 2014. HP Inc. was the printer division, while HPE was the enterprise side.

The deal is subject to the typical regulatory oversight, but if all goes well, it is expected to close in HPE’s fiscal Q1 2020.

Quantum Chemistry Project to Be…