Latest News
Home /Asteroid to be named after a Skerries whiz kid Adam, 17 (via Qpute.com) 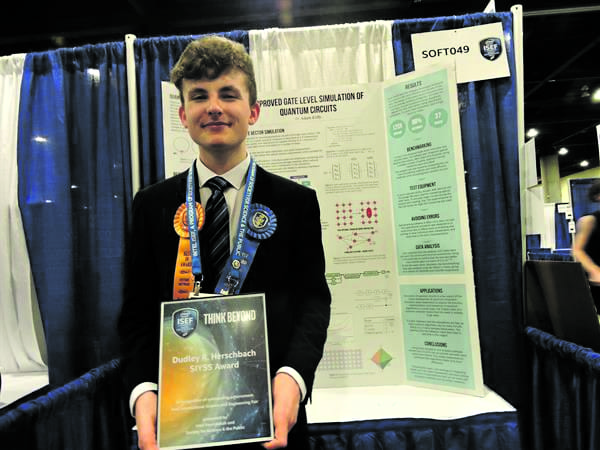 Skerries science whiz Adam Kelly is set to have an asteroid named after him following his runaway success at the Intel International Science and Engineering Fair.

The 17-year-old, who is a student at Skerries Community College, won the top prize in the Systems Software category at the fair in Phoenix, Arizona earlier this month.

Adam, who was named BT Young Scientist of the Year in January, was chosen to represent Ireland at the international event after he came first at the SciFest national final last November.

Along with a $3,000 cash prize and an asteroid named after him, Adam qualifies as one of just 25 students from all over the world attending a week-long Stockholm international youth science seminar in December, where participants get to attend Nobel events, meet Nobel Laureates and visit top Swedish science and tech companies.

Adam said: “I was very excited to have the opportunity to travel to Phoenix and to present my work to some of the top STEM professionals in the world.

“I really enjoyed meeting young people from all over the world and seeing the different projects that they are working on.

“This was a wonderful opportunity to share ideas and to learn, and I am so thankful to my family, friends, teachers and everyone at SciFest who have supported me.”

The recognition comes on the back of Adam’s work in the area of physics and computing, involving quantum computer software which works “at an unprecedented speed with applications in fields such as astronomy and climatology”.

Some seven million school students across the world develop and present research projects at local science competitions in a bid to make it to the prestigious Intel international convention.

Around 1,700 winners, of local and regional mix, make it to the competition which hands out more than $4 million in awards and scholarships.

SciFest founder Shelia Porter said: “Adam has developed a truly innovative project and we are delighted that he has had the opportunity to bring it to an international audience. We wish him every success for the future.”