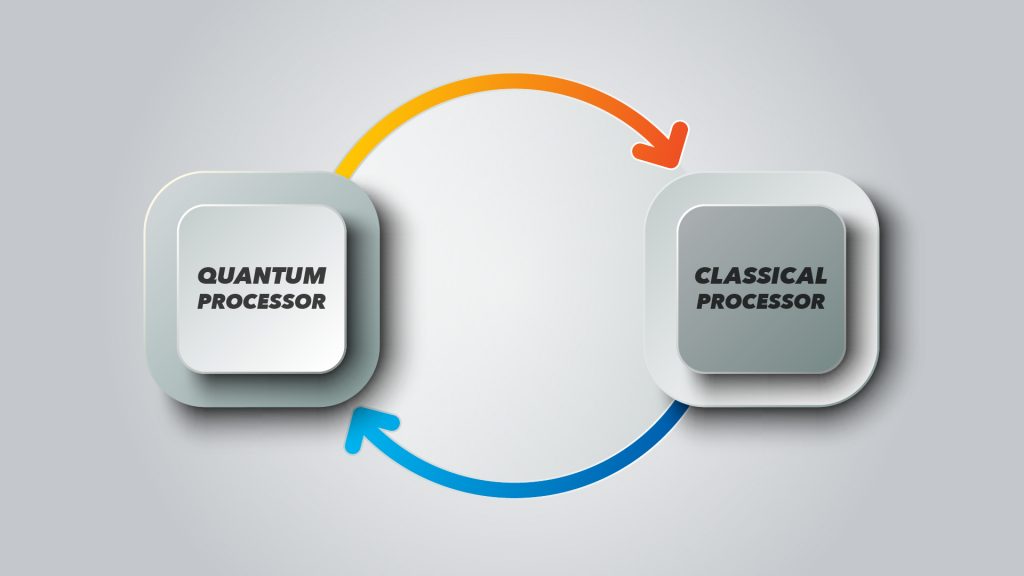 WASHINGTON: Technologists talk about quantum computing the way Scotty on Star Trek mused about the possibility of ion propulsion — in hushed tones reserved for an unknowable but clearly life-altering technology. That’s the way it is today with quantum computing, which is said to be able to break all known encryption and obviate everything we’ve known about cybersecurity up to this point.

To close the gap between what the Defense Department knows and doesn’t know about how quantum computing will affect its ability to secure its algorithms and cryptographic solutions, the Defense Information Systems Agency (DISA) is employing its Other Transaction Authority contracting capability to issue a request for whitepapers on a potential encryption model that can’t be broken by quantum computing.

“One of the immediate concerns facing DoD has to do with public key cryptography data encryption,” states the requirement on FedBizOpps. “Theoretically, adversaries could utilize quantum computers to crack the code that is widely used for secure online transactions and communications. Certain algorithms currently utilized across the DoD on various systems are vulnerable to attacks from large-scale quantum computers (emphasis added). The exact time of the arrival of the quantum-computing era is unknown; however, DoD must begin now to prepare its information security systems to be able to resist attacks from large-scale quantum computers.”

The potential of quantum computing as a change agent was a topic of discussion at AFCEA’s TechNet Cyber earlier this month in Baltimore.

“I think it is a true statement that eventually quantum will be able to make or break every known encryption in a matter of seconds,” said IBM CIO Fletcher Previn during a session on emerging technologies. “It’s a completely different approach to computing than counting, which is the basis of all current computing. It’s possible we’ve been programming computers the wrong way for the last X number of years. Quantum is a much closer approximation to how nature figures things out.”

Added Matthew Gaston, director, Emerging Technology Center at Carnegie Mellon University: “At the risk of smashing buzzwords together, you’re going to see applications in AI and machine learning (working on) hard computational problems that are expensive to compute, and there is evidence that quantum or quantum-inspired algorithms are starting to show significant speed ups for training machine learning systems.”

Quantum computing breaks the limitations of traditional computing where calculations are done one at a time with only two binary digits (called bits), 0 or 1, by instead performing calculations with quantum bits (called qubits) reaching into the millions. Quantum computing can be used for applications like early phase drug design to antenna efficiency and bandwidth utilization to accelerated machine learning and analysis of large data sets.

As per the FedBizOps OTA offering, the quantum-resistant cryptography prototype will support the following:

White papers up to 15 pages in length are due by the end of May, followed by a Request for Project Proposal to a vendor, then a project work statement, culminating in the award of a prototype OTA. The FedBizOpps solicitation did not specify a timeframe for the award.