Latest News
Home /Padma Shri handed over to Dr Subhash Kak in US (via Qpute.com) 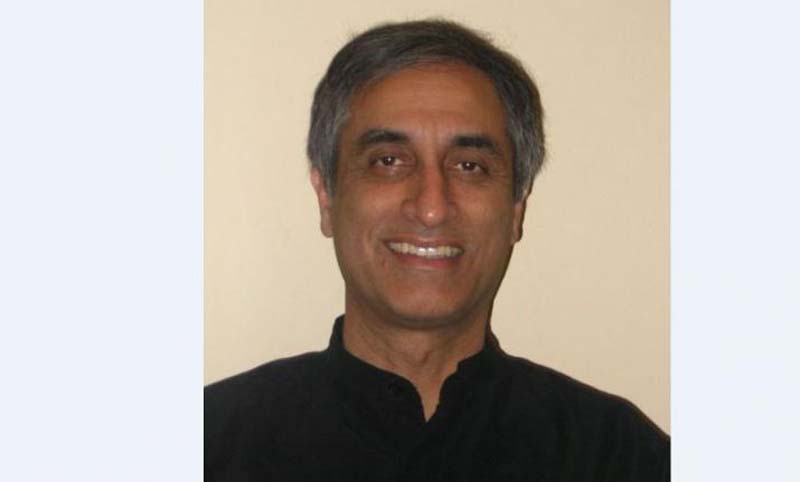 HOUSTON, June 4: Subhash Kak, Regents Professor Emeritus in electrical and computer engineering at the prestigious Oklahoma State University, received Padma Shri, India’s fourth highest civilian award, from India’s Consul General Dr Anupam Ray.
Ray, along with Deputy Consul General Surendra Adhana, handed over the citation and medal to Prof Kak, who couldn’t travel to India for investiture ceremony in March.
“I am very honoured to have been given the Padma Shri award. India is going through a renaissance and already the third largest world economy in PPP (purchasing parity power). It is great to be part of the astonishing transformation of India into a world power,” Prof Subhash Kak, 72, said.
Kak, originally from Srinagar, completed his BE from Regional Engineering College, Srinagar (Presently National Institute of Technology, Srinagar) and Ph.D. from Indian Institute of Technology Delhi in 1970.
During 1975-1976, he was a visiting faculty at Imperial College, London, and a guest researcher at Bell Laboratories, Murray Hill. In 1977, he was a visiting researcher at Tata Institute of Fundamental Research, Bombay.
In 1979, he joined Louisiana State University, Baton Rouge, where he was the Donald C and Elaine T Delaune Distinguished Professor of Electrical and Computer Engineering. In 2007, he joined the Computer Science department at Oklahoma State University–Stillwater.
He was featured as one of the pioneers of quantum learning in the journal Neuro Quantology edited by Cheryl Fricasso and Stanley Krippner.
Kak had proposed an efficient three-layer feed-forward neural network architecture and developed four corner classification algorithms for training it.
Despite being criticised for scalability issues; it invoked attention within the electronic hardware community.
Kak has argued that there are limits to artificial intelligence and that it cannot equate the biological equivalent.
On August 28, 2018, he was appointed a member of Indian Prime Minister’s Science, Technology and Innovation Advisory Council (PM-STIAC). He is also an honorary visiting professor of engineering at Jawaharlal Nehru University.
His research focus has been on the fields of artificial intelligence, cryptography, neural networks and quantum information.
He has developed new codes for computing and cryptography, worked on a variety of problems on data and network security, and he is the originator of one of the two methods of quantum cryptography. He retired from Oklahoma State University in January 2019.
Nearly 50,000 nominations were received for the 2019 Padma awards and 112 awards were made out of which four, which included Kak, were in the area of science and engineering.
Technology winners from outside India have included Bill Gates of Microsoft in 2015, John Chambers, former CEO of Cisco Systems in 2019, and Shantanu Narayen, CEO of Adobe, in 2019.
“The award is well deserved and befitting to a scholar and gentleman who has made important contributions to the technological and mathematical areas of artificial intelligence and quantum computing,” said Jeffrey Young, department head and OSURF Endowed Chair of Engineering in ECE.
Kak has published on the history of science, the philosophy of science, ancient astronomy, and the history of mathematics. He is the author of 20 books some of which have been translated into French, German, Italian, Spanish, Korean and Serbian.
His many awards include British Council Fellow, National Fellow of the Indian Institute of Advanced Study, Distinguished Alumnus of IIT Delhi, and Science Academy Medal of the Indian National Science Academy. (PTI)

Excellence in atomic films (via…