The occasion of Eid can be a unifying factor in Pakistan. However, it continues to be a divisive constant due to lack of consensus on Eid moon-sighting every year. The world has entered the era of big data, nano technology, 3-D printing, quantum computing, and 5G Internet. These scientific and technological breakthroughs are poised to transform the fabric of modern human civilisation. Today, scientists are able to measure the distance between planets and their revolution time around the Sun with pinpoint accuracy. Astronomy has advanced so much that the precise location, date and time of the upcoming lunar or solar eclipses are determined and announced years before they occur.

Unfortunately, we, in Pakistan, are unable to come to terms with a simple scientific procedure to end the recurrent controversy over exact dates of Islamic feasts. To the exasperation and opposition of the Ruet-e-Hilal committee and some religious scholars, the federal science minister has launched a lunar calendar to lay the annual moon-sighting controversy to rest for good. The development has triggered a divisive nation-wide debate. Chaudhry’s initiative needs a dispassionate analysis. It is an extraordinary development having a potentially long-term impact.

The war of words between the minster and some members of the moon-sighting committee has roots in the context of science-versus-religion debate. It is neither the first nor the last time that use of a scientific approach or technology is under attack from religious quarters. If history is any guide, novel ideas, innovations and inventions have always faced an organised and a strong backlash from forces of obscurantism and dogma. 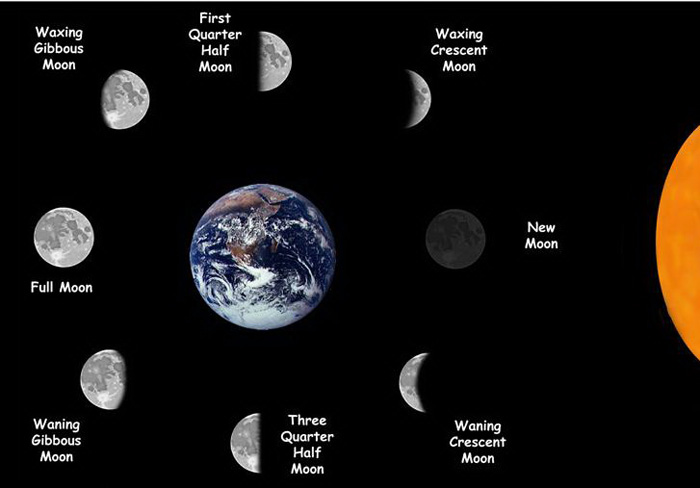 Socrates was forced to drink poison on the charge of spreading new ideas in the Athenian society. In the medieval era, the Christian papacy was at perpetual war with some of the exponents of science. Its stiff opposition to the heliocentric theory is well-recorded in the annals of human history. In the medieval Europe, a reign of terror through the infamous Inquisitions to curb innovative ideas and scientific inquiry is illustrative of the fact that departure from established, unscientific norms has to face headwinds. The trial of Galileo Galilei by the Roman Inquisition in 1633 is a quintessential example of a relentless conflict between proponents of a scientific mindset and purveyors of a traditional approach.

Notwithstanding the Inquisitions, science emerged victorious giving birth to a modern European civilisation which underpinned by science and technology. Invented by Johannes Gutenberg, the printing press was considered a diabolical machine in the 15th century. Mughal emperor Akbar rejected the printing press brought by the Portuguese in the 16th century. He argued that the machine would threaten the livelihood of katibs (the calligraphers). That attitude kept the subcontinent backwards by at least 200 years at a time when the printing press was playing a revolutionary role in spreading ideas and knowledge across Europe that went on to colonise the world on the strength of its superior technology. Diffusion of knowledge and scientific mindset was driven by the printing press in Europe, breaking free from the dark ages.

In the context of Pakistan, technophobia in the wake of the development of the lunar calendar is driven by two major factors. The first factor has to do with the privileged position of those who oppose it. The religious establishment fears the erosion of their socio-political and religious position and monopoly. Secondly, there is the historical phenomenon of ‘creative disruption’ described as a tendency to resist a social or a scientific change that challenges the established norms and values in society. Polarisation between the Ruet-e-Hilal committee and the minister needs to be viewed from a broader perspective.

We have been unable to cultivate a culture of scientific inquiry and thought in our society, which encourages compliance and fears critical inquiry and question. We nurture dogma, lack of reason and obscurantism at the cost of scientific thinking. Our education system inculcates anything but a sprit of critical and analytical approach that lies at the heart of a scientific advancement in any country. According to the Cornell University’s Global innovation index 2018, Pakistan is one of the least innovative countries in the world.

Opposition to the use of lunar calendar cannot be justified by labelling it repugnant to Islam. Islam is in harmony with science as illustrated by the Quranic emphasis on the tehqeeq (research) that forms the bedrock of science. The lunar calendar is being resisted in the name of Islam, the religion that has given birth to one of the greatest scientific minds that revolutionised the entire body of scientific knowledge, from arithmetic to astronomy. Europe owes its Renaissance to the scientific foundations laid by Muslim scientists like Ibn Sina, Muhammad ibn Musa Al-Khwarizm, Abu Bakr Al-Razi, Jabir Ibn Haiyan and Ibn Al-Haytham.

The minister will be remembered for highlighting the importance of a progressive mindset and for getting rid of the traditional moon-sighting method. Pakistan needs to take more substantial initiatives for creating an enabling environment for a culture of scientific attitude and approach that would help it join the comity of advanced nations.

The writer is a freelancer