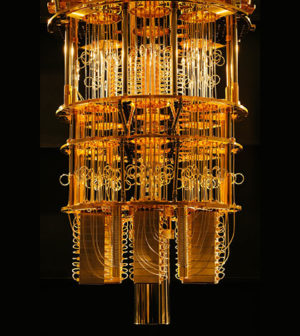 The White House has launched a public consultation on
its national quantum computing policy, which sets out an expectation that
government agencies should create “detailed execution plans” to realise the
potential of the emerging technology.

The Trump administration sees huge potential in the
technology, and wants government agencies to formulate plans to support
QIS development. The strategic overview states that the White House “is
committed to maintaining and expanding American leadership in QIS to enable
future long-term benefits from, and protection of, the science and technology
created through this research.”

It adds that “through developments in QIS, the United
States can improve its industrial base, create jobs, and provide economic and
national security benefits.”

The consultation seeks
“public input to inform the Subcommittee as the Government develops the means
to address the specific policy recommendations included in the ‘Strategic
Overview’ and the overall goals of the National Quantum Initiative Act”.

Quantum computers are a kind of supercomputer capable
of storing vast amounts of data, and working much quicker than conventional IT
equipment. “QIS applies the best understanding of the sub-atomic world – quantum
theory – to generate new knowledge and technologies,” the document says,
listing examples of current QIS-related technologies including semiconductor
microelectronics, photonics, the global positioning system (GPS), and magnetic
resonance imaging (MRI).

According to the policy, these QIS technologies
“underpin significant parts of the national economic and defence
infrastructure,” and “future scientific and technological discoveries from QIS
may be even more impactful.”

But the sheer power of quantum computers also poses a
security threat to governments, as quantum applications are expected to be able
to hack current public encryption systems within a decade. Development of
government QIS technology could provide the solution, however,
creating new secure IT systems.

The draft document calls on government agencies to
“create detailed execution plans in support of these policy goals and informed
by these policy options.”

The consultation asks interested parties to comment on
eight questions to inform the strategy going forward, and is open until the end
of July. These questions include asking how the US can continue to attract and
retain the best domestic and international talent and expertise in QIS, and how
it can ensure that US researchers have access to cutting-edge international
technologies, research facilities, and knowledge.

Meanwhile, the UK government has pledged £153m
(US$195m) towards quantum computing, the New Statesman reported. Theresa
May announced the new funding at the launch of London Tech Week on Monday.

Earlier this year, in response to a Science and Technology Committee report on QIS, the UK government agreed that departments have “a role to play in supporting the development of quantum technologies through the early adoption of technologies that could have positive impacts on public service delivery.”

Next Generation Computing Market to…