Latest News
Home /Rules of gravity could be linked with building quantum computers – Technology (via Qpute.com) 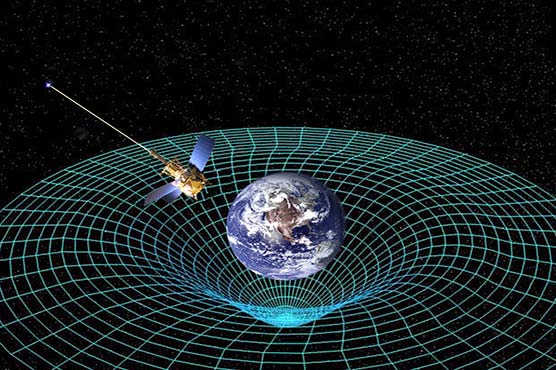 The new study builds on previous work looking at the link between quantum computing and geometry.

(Web Desk) – Quantum computing promises to revolutionise the power and scale of our computing systems, if only we can figure out how to harness it. Now scientists have made a discovery about how optimal quantum computation might be achieved – and gravity may be the key.

More specifically, the geometric rules for finding the shortest distance between two points on a curved surface, with regard to gravity in general relativity, could also find the most efficient way to process information in a quantum computer.

These points of shortest travel – whether across a spherical planet or inside a quantum computing system – are known as geodesics. The researchers behind the new study say they could unlock the fastest possible calculations in one particular branch of quantum computing, conformal field theory.

“Finding the minimal length on the complexity geometry, in our setup, is equivalent to solving the equations of gravity,” physicist Pawel Caputa from Kyoto University in Japan told Lisa Zyga at Phys.org.

“This is what we meant by gravity setting rules for optimal computations in 2D conformal field theories.”

Fitting the potential of quantum computing into something physical and practical is one of the biggest challenges that scientists face. Cutting out error rates and reducing interference is going to be key if we’re ever going to develop quantum computers that can be used outside a lab.

The new study builds on previous work looking at the link between quantum computing and geometry, but goes further by settling on a universal description of complexity – that means previously undiscovered connections between complexity and gravity begin to show up.

For the time being, this applies to a specific set of quantum computing conditions, but the findings could eventually be applied more widely.

“We showed that, in two-dimensional conformal field theories with quantum gates given by the energy-momentum tensor, the length of such geodesics is computed by the action of two-dimensional gravity,” Caputa told Phys.org.

Quantum computing is based around the concept of qubits – a unit of information that can represent several states at once, rather than the hard 1 or 0 that a classical computer bit must be programmed as.

But managing those qubits is incredibly tricky. In recent years we’ve seen physicists make progress in shrinking down the space needed to store them, as well as improving qubit accuracy – after all, we need to be able to trust the results our quantum computers are coming up with.

We’re starting to see primitive quantum computers carry more qubits and keep those qubits in a quantum state for longer as well.

Each time a little part of the overall problem gets solved, we get another step further towards realising the promise of quantum computing – and the geometric rules that define gravity could help us unlock more of its potential.

“We showed that there are families of quantum systems where the complexity of certain universal tasks is well estimated using classical gravity,” Caputa told Phys.org.

The research has been published in Physical Review Letters.