Latest News
Home /This is what quantum entanglement looks like (via Qpute.com)


Scientists have managed to take a photo of one of the most bizarre phenomena in nature: quantum entanglement. 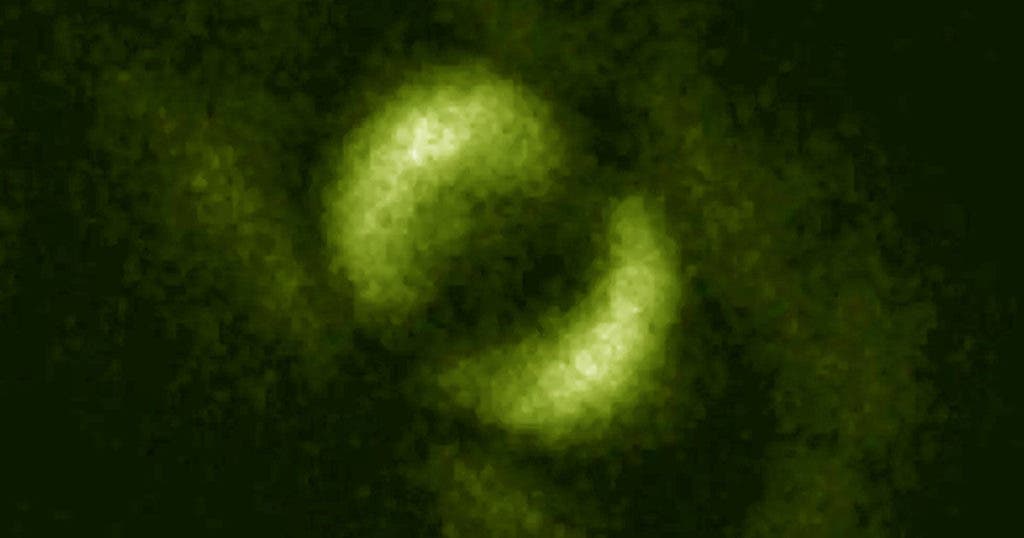 Quantum entanglement occurs when a pair or a group of particles interact with each other and remain connected, instantaneously sharing quantum states — no matter how great the distance that separates them (hence the spooky action at a distance). This connection is so strong that the quantum state of each particle cannot be described independently of the state of the other(s).

Predicting, achieving, and describing this phenomenon was a gargantuan task that took decades. Photographing it is also a remarkable achievement.

Researchers from the University of Glasgow modified a camera to capture 40,000 frames per second. They operated an experimental setup at -30 degrees Celsius (-22 F) in pitch-black darkness. The experimental setup shoots off streams of photons entangled in a so-called Bell state — this is the simplest example of quantum entanglement. 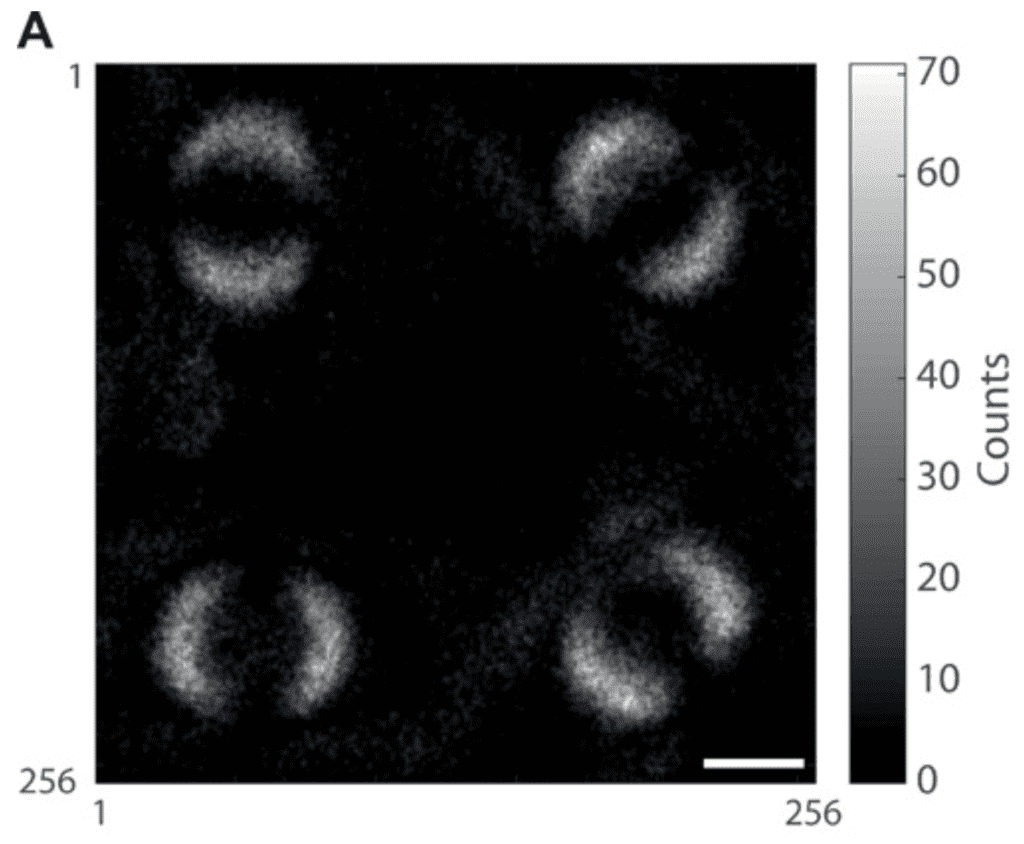 A composite of multiple images of the photons as they go through the quantum transitions. Image credits: University of Glasgow.

However, people often forget that Einstein can also be regarded as one of the fathers of quantum mechanics. For instance, he described light as quanta in his theory of the Photoelectric Effect, for which he won the 1921 Nobel Prize. Niels Bohr and Max Planck are often regarded as the two founders of quantum mechanics, although numerous outstanding physicists worked on it over the years. For instance, physicist John Stewart Bell helped define quantum entanglement, establishing a test known as ‘Bell inequality’. Essentially, if you can break Bell inequality, you can confirm true quantum entanglement — which is what researchers have done here.

“Here, we report an experiment demonstrating the violation of a Bell inequality within observed images,” the study reads.

Lead author Dr. Paul-Antoine Moreau of the University of Glasgow’s School of Physics and Astronomy comments:

“The image we’ve managed to capture is an elegant demonstration of a fundamental property of nature, seen for the very first time in the form of an image.”

“It’s an exciting result which could be used to advance the emerging field of quantum computing and lead to new types of imaging.”

The study was published in Science Advances.