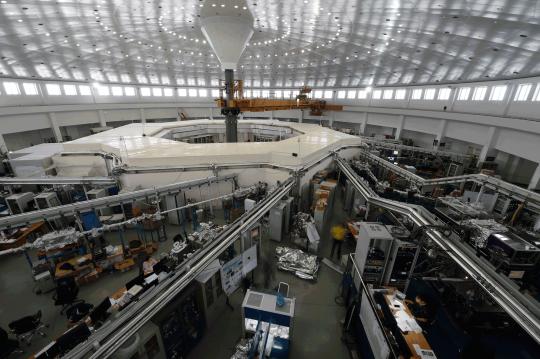 The National Synchrotron Radiation Laboratory is one of two national labs at the University of Science and Technology of China in Hefei, Anhui province, July 11, 2019. (Photo by XU MINHAO/FOR CHINA DAILY)

Editor’s Note:As the People’s Republic of China prepares to celebrate its 70th anniversary on Oct 1, China Daily is featuring a series of stories on the role regions have played in the country’s development and where they are today.

If people ask which Chinese cities are the most attractive to foreigners, the results of an annual poll by the State Administration of Foreign Experts Affairs offer some valuable insights.

The administration started releasing the poll results last year after surveying thousands of expatriates living in China over several months. The three cities to top the list in the last two surveys were Shanghai, Beijing and Hefei, the capital of Anhui province.

“Many people may ask, why Hefei?” said Yang Fan, a spokesman of the University of Science and Technology of China, one of the country’s top universities and based in Hefei.

While acknowledging that Hefei is not as well-known internationally as the two first-tier cities, Yang said the result was not unexpected. “Our university alone received more than 1,600 visiting foreign experts last year.”

The city is already home to several major scientific projects, including the Steady High Magnetic Field Facility and the Experimental Advanced Superconducting Tokamak, which is key to a nuclear fusion reactor. The EAST program is key to both the China Fusion Engineering Test Reactor project and the International Thermonuclear Experimental Reactor project. 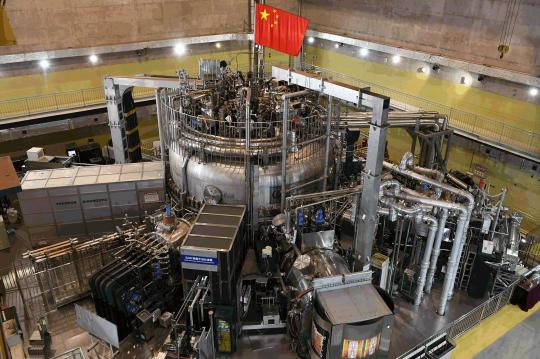 A view of the facility for the EAST project installed in Heifei, Anhui province, Aug 16, 2019. (Photo/Xinhua)

In November, scientists involved in the EAST project declared the facility had for the first time achieved a plasma central electron temperature of 100 million C, marking a major breakthrough for an “artificial sun”, which aims to help tackle the world’s energy problems using fusion technology.

At the end of last year, ground was broken on construction of major new facilities for the CFETR project in Hefei, marking a major step forward in fulfilling the city’s research and development ambitions.

The facilities, scheduled for completion in five years, were listed in the country’s 13th Five-Year Plan for Science and Technology Innovation. “The facilities will provide strong support for cutting-edge, cross-disciplinary fields including energy, information, health and environment, and will become a user platform open to the world’s fusion community,” said Kuang Guangli, president of the Hefei Institute of Physical Science at the Chinese Academy of Sciences, which leads the CFETR project.

The facilities will assist CFETR by providing extreme test conditions that allow research on the key components of fusion reactors, according to the institute. Many overseas scientists have participated in research at the institute due to the availability of major research facilities.

“The facilities to be built here will provide the development of new technologies for CFETR and will enable a pathway for fusion energy worldwide,” said Tony Taylor, director of General Atomics, a nuclear physics institute based in San Diego, California.

Hefei has also been at the center of China’s quantum information science and technology development, with the work of Pan Jianwei and his USTC team attracting attention at home and abroad.

Pan, a CAS academician, began putting together his team at USTC in 2001. He has been leading research and development and experiments on the world’s first quantum experimental satellite, which was launched in 2016.

Pan said an exciting development in recent years has been the whole of society, especially private companies, becoming more enthusiastic about and supportive of basic scientific research.

A total of 12 million yuan will be granted to 12 international scientists for their academic contributions to the fields of quantum computation and quantum communications. Six laureates, announced annually, will receive 1 million yuan each for the Micius Quantum Prize.

“Anhui province and Hefei city both provide good conditions for scientists to do cool research here,” Pan from USTC said.

Consciousness could be related to…