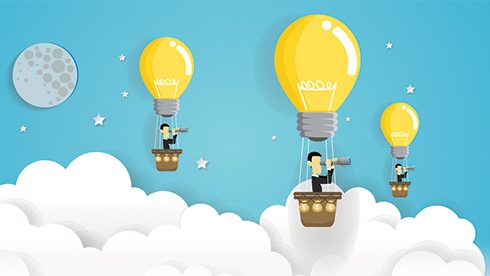 The Azure development team at Microsoft is working to provide new features to win over more developers, through a heavy investment in tools for migrating legacy platforms to its cloud, pushing machine learning, quantum computing and other innovative features. Microsoft hopes its investments will pay off in growing its cloud market share, which currently sits at 16 percent, second only to AWS at 32 percent of the public cloud market share, according to the most recent findings available from Canalys.

A big reason why major companies such as Coca Cola and Walmart are using the Azure platform: They already were Microsoft customers, using other tools and platforms.

RELATED CONTENT:
Moving to the cloud
A Cloud Smart Strategy

Microsoft recently released its earnings, which were better than expected, and although the growth rate this year dipped to 64 percent after hovering in the mid-70s during the last three years, the company says it saw more large and long-term Azure contracts in this quarter. Its revenue growth rate is way above the overall market growth rate, so it is gradually gaining market share despite a growth slowdown.

Over the years, Microsoft has encouraged users of their on-premises software offerings to upgrade to their cloud equivalents and introduced a pay-as-you-go plan, which enables companies to only pay for the services they use, whenever they use them. It now has data centers in 54 regions around the world, more than any other cloud provider.

“So much around Azure has been around innovating, new capabilities and AI, which are incredibly important, but as cloud has become much more mainstream, and we see mission-critical systems now moving to the cloud, it’s really focused in on this migration opportunity and that’s where partners have been in the most recent years asking us about,” said Julia White, the corporate vice president of Microsoft Azure at this year’s Inspire event in July.

How Azure is solving cloud challenges
Because data management is more complicated and more critical to the way businesses run, migration has had to become more sophisticated to address those challenges, according to Ed Anderson, research VP and distinguished analyst at Gartner.

To address those concerns, Microsoft last month released Azure Migrate, which includes a new integrated partner experience, Server Assessment, Server Migration, Database Assessment, and Database Migration capabilities. The company said it will make the cloud journey easier for customers because it acts as a central hub and provides users access to Microsoft and ISV tools and helps tailor the tools to a user’s migration scenario.

Microsoft also introduced Azure Lighthouse, a set of capabilities intended to help partners manage an environment on behalf of their customers in a scalable way, according to White.

Meanwhile, last month the company ended support for its older on-premises software SQL Server 2008/2008 R2 versions, which still have a large customer base. It is also ending all support for Windows Server R2 at the start of next year. Added pressure to migrate is leaving companies with the options to upgrade to newer versions of the servers or to rehost their 2008 and 2008 R2 workloads on Azure for three more years of security updates.

“Part of this move is to try to get those moved in the cloud is to get people to move into that cloud environment and the cloud operating model,” said Anderson. “Fundamentally, what Microsoft is trying to do is get people on this path of embracing this continual stream of innovations that comes with the cloud model.”

Other Azure capabilities that recently made headlines include the release of Azure Data Box Heavy, a part of the Data Box family of offline transfer SSD products including Data Box (100 TB) and Data Box Disk (up to 40 TB) that Microsoft says will “enable customers to easily and securely move large volumes of data into Azure when network isn’t an option.” In addition, Microsoft introduced new features for Azure Kubernetes Service (AKS) and a Hyperscale (Citus) option in Azure Database for PostgreSQL  to scale out compute, storage and memory resources as needed.

How Azure compares to the rest of the cloud market
When it comes to comparing how Azure fares against AWS, Azure’s revenue growth is hidden behind its “commercial cloud business” label, which not only includes Azure but also Office 365, Dynamics 365.

Amazon CEO Jeff Bezos said that part of the reason for Amazon’s dominance is “AWS had the unusual advantage of a seven-year head start before facing like-minded competition. As a result, the AWS services are by far the most evolved and most functionality-rich.”

Meanwhile, Google Cloud – the third biggest cloud provider boasted 83 percent growth in Q1 2019, although it still has 8 percent of the cloud market share, half of what Microsoft has.

However, while market share is indeed a driving factor to compete, it isn’t the only thing on Azure’s agenda.

“If you look at the competitive battle today, of course Microsoft wants to gain share but I think more fundamentally they want to become the dominant platform for more people to build, host and deliver next generation-type applications,” Anderson said. “It’s that the market will more and more move to these advanced services like artificial intelligence and advanced analytics and capabilities like that.”

Microsoft invests in emerging technologies
At Inspire, Microsoft announced the release of the Azure Kinect DK, a developer kit with advanced AI sensors for sophisticated computer vision and speech models. Azure Kinect DK offers multiple modes, options and software development kits (SDKs) that Microsoft explained will enable developers and partners to build solutions that understand the world, including the people, places and things around it.

The Azure Kinect DK is intended as a next-gen entry in the Kinect series with superior tech and functionality to the Kinect that was used on Xbox 360’s and Xbox One’s and disappeared from stores two years ago. The new generation is targeted for developers, according to Microsoft.

Last December, the company launched Azure Machine Learning Services as well as an integration with Power BI, which brings ML to data analysts.

“I don’t think Microsoft starts looking at things because the attention gets on it, but they have a big research division and I think what happens is when the market becomes ripe for something, then they deploy it. Sometimes it’s fully baked and sometimes it’s a little rough around the edges,” said Patrick Hynds, former Microsoft regional director and MVP and current CEO of DTS. “I think Microsoft kind of went too fast into platform-as-a-service, but now I think the world is starting to get ready for it. AI and machine learning is something that Microsoft was really pushing in the market.”

Hynds said one of the other places where Microsoft is being really forward thinking is quantum computing.

“Based on what I’m seeing, quantum is really going to be as big a shift as AI is now and big data was. It will be a lot harder to find people who know anything about it,” Hynds said. “Microsoft is already making it easier with the Q# language that you can use to program against their simulators. Amazon seems to be completely absent from that space.”

Microsoft eases fear of the cloud
However, while a majority of companies see the benefits of moving to the cloud, some are skeptical of getting rid of all of their on-premises infrastructure, due to fear of outages and losing control.

“The pace is quickening, so you can’t as a developer settle in and say ‘OK I’m going to do the thing I did three years ago,’ well, that offering might not be there anymore. It’s great because we’re getting all the new stuff, but it’s going to be challenging for the people who have to maintain old stuff,” Hynds said.

To target this, Microsoft offers Azure Stack for organizations that want to maintain a hybrid cloud environment, which uses a mix of on-premises, private cloud and third-party, public cloud services with orchestration between the two platforms.

“Azure Stack is sort of an embodiment of the notion that I can take Azure Services and I can deploy those in places where I care about and in some cases it’ll be about location specificity, Anderson said. “There’s that consistency where you have the service fidelity and all those things that make cloud great but you’ll get a distributed and location-specific aspect that becomes part of those cloud environments as well. That’s what the future really holds.”

With the prioritization of expanding and fine-tuning security and cloud capabilities, Azure continues to grow, and it maintains its place as the second-biggest of three major hyperscale platforms that also include AWS and Google Cloud.