Researchers entangled a pair of atomic-scale light emitters in a micrometer-scale device, which could potentially be useful for quantum communication and cryptography.

For quantum information technologies such as quantum cryptography to become practical, they will need to be implemented with miniaturized devices. Quantum entanglement is a key ingredient for these technologies, and a team of researchers has now demonstrated a chip-based structure that can reliably produce entanglement between a pair of photon-emitting sites in a crystal. Such a device might find uses in long-distance optical quantum-communication networks and quantum computing circuits.

Quantum entanglement, where two or more objects have interdependent quantum states, is central to quantum information processing. A pair of quantum-scale objects can, in principle, be entangled if they can emit identical photons. If it’s impossible to tell which of the pair is the source of a detected photon, then the emitters are entangled. But creating quantum emitters that produce identical photons is difficult with miniaturized devices, because small, uncontrollable variations in the microscopic structure can shift the emission frequencies. Quantum emitters often need to be individually “tuned” to compensate for such shifts.

One promising type of emitter can be created within a diamond crystal when two neighboring carbon atoms in the crystal lattice are replaced by a single silicon atom (called a silicon vacancy, or SiV, center). If excited by the absorption of a photon, the SiV center will emit a red photon. Typically, however, emission from multiple SiV centers in a diamond crystal spans a range of wavelengths because each silicon atom’s environment is slightly different from the others.

Marko Lončar of Harvard University and his co-workers have shown previously that the emission wavelength can be adjusted for an individual SiV center by deforming the diamond lattice in its vicinity (1, 2). The Harvard team has now applied this “strain tuning” principle to two separate SiV centers within the same diamond microstructure. The technique brings the two emission wavelengths into concordance so that photons emitted by the two sources are indistinguishable. In the new device, the SiV centers sit within a horizontal bar, or beam, of diamond several tens of micrometers (

wide, suspended from supports at both ends. Gold electrodes deposited on one end of the beam and on the substrate below it can be charged by applying voltage, so that they attract one another, bending the beam slightly.

The researchers implanted silicon atoms, forming SiV centers at particular locations in the diamond beams using microlithographic methods. They then excited two of these, about 30

apart, using laser light delivered from above the device. The diamond beam trapped the photons emitted by the excited SiV centers and guided them into an optical fiber for detection.

As the researchers adjusted the voltage between the electrodes, the emission wavelength of the closest SiV center changed smoothly. But the second center experienced little bending, and so its emission wavelength remained constant. At a certain voltage, the two wavelengths were essentially identical, so that the emitting SiV centers could become entangled.

To detect that entanglement, “we exploit the fact that the entangled state produces a photon faster than you would expect from a system with two independently excited atoms, a phenomenon called superradiance,” explains Bart Machielse, a graduate student on the Harvard team. “This means we can indirectly probe the creation of the entangled state by looking at the rate at which we get a second photon after we get the first.”

The researchers say that their structure could act as a component of a quantum repeater, a system that allows photonic signals to be transmitted over long distances. Repeaters use a series of intermediate entangled pairs to allow entanglement of widely separated quantum objects.

“This is a very important achievement, as it allows one to bring and keep in resonance two SiV centers,” which are good candidates for making quantum bits (qubits), says quantum optics specialist Christoph Becher of the Saarland University in Germany. Although strain tuning of solid-state emitters is not a new idea, this work shows the first application to entanglement, he says.

In principle, says Lončar, the same approach could work with many more than two photons, although Becher cautions that this vision for a quantum optical technology will require much more engineering work. Still, Lončar likes to think big. “My dream is to have an array of, say, 100 qubits on the same chip, each on a beam with separate control,” he says. “Then we push a button, and each beam deflects just enough to bring them into resonance. That would be amazing.”

This research is published in Physical Review X.

Philip Ball is a freelance science writer in London. His latest book is How To Grow a Human (University of Chicago Press, 2019). 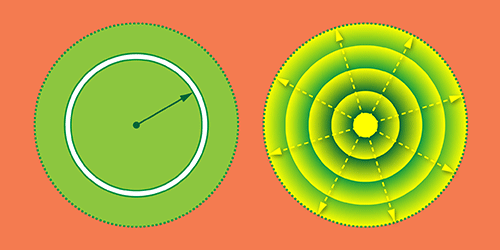 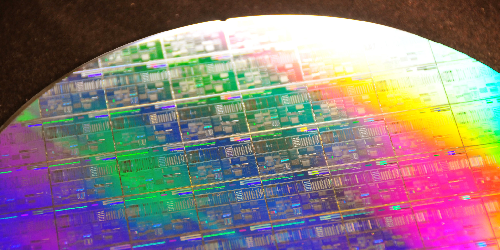 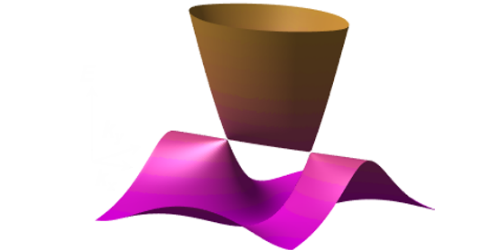 Trump Got a Space Force.…

How Biden and Harris could…