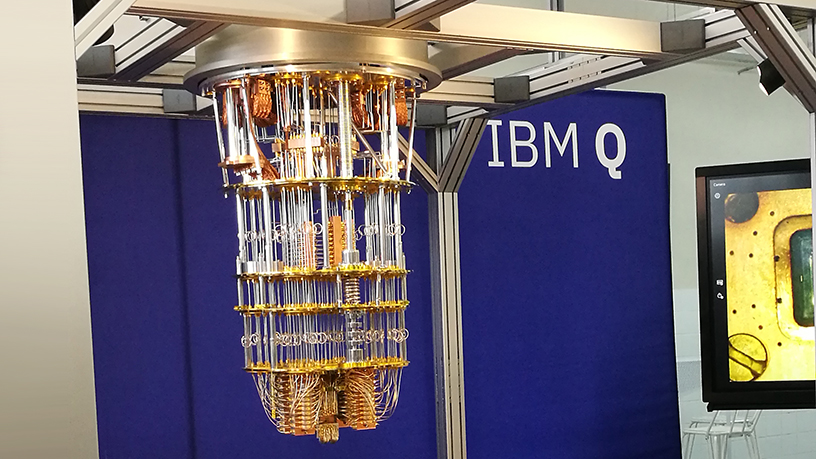 The next wave of computing is here.

The fourth industrial revolution (4IR) needs to be imbedded within humanity; it needs to work for people, said Elsie Kanza, head of Africa at the World Economic Forum (WEF).

Kanza was speaking at a WEF media briefing yesterday, outlining the key message that will come from the WEF on Africa 2019 meeting. This week, WEF will stage the 28 instalment of the Africa meeting, which will take place from 4 to 6 September at the Cape Town International Convention Centre.

Like the annual meeting, WEF on Africa will be held under the theme âShaping inclusive growth and shared futures in the fourth industrial revolutionâ, highlighting key messages concerning 4IR.

South Africaâs delegation to the event will be led by president Cyril Ramaphosa, and comprise of deputy president David Mabuza, finance minister Tito Mboweni, and communications minister Stella Ndabeni-Abrahams, to name a few.

Kanza noted that since the first WEF on Africa meeting, SA has played a leadership role in opening up not just Southern Africa, but the rest of Africa, to the world.

Turning attention to 4IR on the continent, Kanza said what is key is finding a balance in terms of what is needed. âFor instance, we’re still aspiring for labour-intensive manufacturing, yet we are seeing human beings being displaced on the factory floor.

âSomething you will hear again and again during the meeting is how to upskill and reskill, as a lot of top industries right now are leveraging technology that didn’t exist 10 years ago. So we need to think very differently about how we work and learn going forward.â

She went on to say the purpose of the meeting is not to raise the most investments, not to bring the most people together, but rather to bring the right decision-makers together to think of new solutions and make them happen.

Itâs here; itâs upon us, said Assefa. âA convergence of new technologies, including AI, blockchain, robotics, 3D printing and IOT, all powered by the cloud and edge computing, are transforming how we do business, much like the Internet, mobile and personal computers did in the previous decades.

For Assefa, one of the most powerful examples of Industry4.0 at work is in the agricultural sector. âIn this context, sensors on tractors can send information to the cloud, where the data is analysed for actionable insights.â

Assefa indicated people can’t hide from the fact that these opportunities are coinciding with a growing number of societal concerns that include data privacy, ethics and inclusion, so that nobody’s left behind.

He added Africa is on the cusp of the new generation of computing, pointing to the IBM quantum computer on display at Tshimologong Precinct in Braamfontein. According to Assefa, Africa should never be left behind ever again. 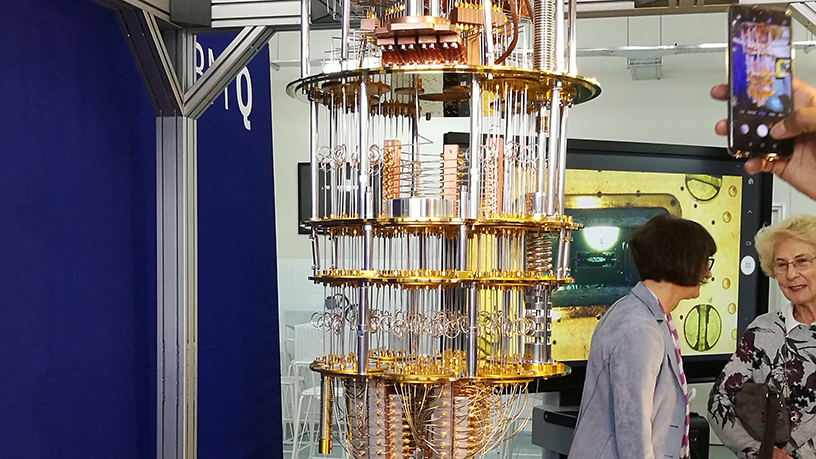 Africaâs most powerful computer has found a home at the Tshimologong Precinct.

In June, IBM announced the expansion of its quantum computing efforts to Africa in a new collaboration with the University of the Witwatersrand.

The partnership saw Wits University become the first African partner on the IBM Q Network and the gateway for academics across SA and to the 15 universities that are part of the African Research Universities Alliance.

âWe created this partnership to prepare our students and developers to harness and contribute to new technology and to apply to African problems,â he commented on the Wits University and IBM partnership.

Dr Ismail Akhalwaya, a quantum physicist at IBM, explained that quantum computing can be a use case for areas such as healthcare, cosmology in relation to the Square Kilometre Array (SKA), as well as quantum optics in Africa.

Akhalwaya explained: âAfrica has a particular burden of diseases that is different from the rest of the world. Globally, those diseases donât receive much attention in terms of pharmaceutical research and so forth.

âItâs up to us as Africans to pioneer research in the diseases that affect us. The quantum computer can be applied to the chemistry of drug interactions â it uses quantum mechanics to simulate the chemistry.â

SKA is a radio telescope project proposed to be built in SA and Australia. If built, it would have a total collecting area of approximately one square kilometre.

Processing the vast quantities of data produced by the SKA will require very high-performance central supercomputers capable of in excess of 100 petaflops (one hundred thousand million million floating point operations per second) of raw processing power.

The giant radio telescope needs such immense computing power because scientific image and signal processing for radio astronomy imaging consists of several fundamental steps, all of which must be completed as quickly as possible across thousands of telescopes connected by thousands of kilometres of fibre-optic cable, according to SKA.

âNot only should we capture data here in our deserts, but we should also process it here,â he noted.

Meanwhile, minister Mboweni, whose department recently published a surprise economic strategy for SA, pointed out the WEF on Africa meeting takes place amid the global tension between the US and China.

The on-going trade war between the worldâs biggest economies has seen Chinese telecommunications company, Huawei, and its affiliates being blacklisted.

The US, which put Huawei on an export blacklist citing national security issues, has been rallying its allies to cut Huawei out of planned 5G networks, citing ânational security threatsâ due to the companyâs close ties to the Chinese government.

The blacklist has seen companies, including Alphabetâs Google and British chip designer ARM, limit or cease their relationships with Huawei.

Mboweni stated: âThe trade war with the US and China is not helpful; it is affecting the markets generally. The issue of this trade war and trade tension is very important for us.

âI’m quite certain that during the conversations this issue will keep coming to the fore in order for the message to get through, particularly to those people in Washington, that these trade wars are not helpful to us and to the global economy. The quicker these issues are dealt with, the better,â he concluded.