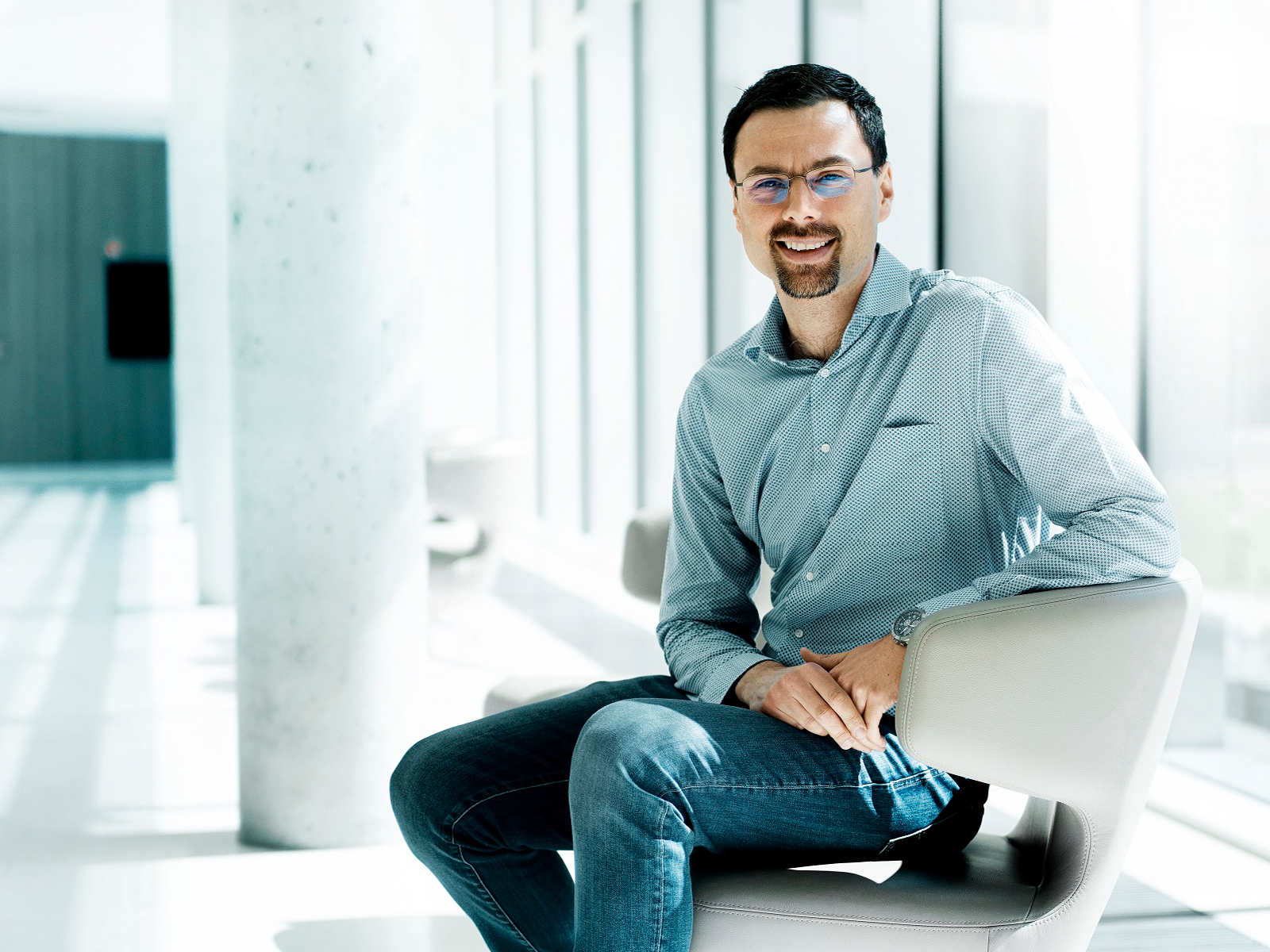 Cybersecurity threats have become more prominent than ever. Avast, a global leader in digital security products, is one of the companies protecting people from threats on the internet and evolving IoT landscape. With one of the advanced detection networks in the world, it relies on machine learning and artificial intelligence technologies to detect and stop threats in real-time.

Analytics India Magazine got in touch with Ondrej Vlcek, who was recently appointed as the Global CEO, taking over from Vince Steckler. Vleck started at Avast in 1995 as a developer and was part of the team that took the company public. He also led the integration of the consumer business after the company bought AVG in 2016.

“Cybersecurity in the 90s was very different than it is today, as there were only a few new viruses every week or month even. It has substantially increased now and the industry is using automated systems to detect threats. We are now using machine learning and artificial intelligence to protect people from the mass of cyber-attacks we see every day and minute,” says Vleck.

Analytics India Magazine: How has the internet landscape evolved over the years? How have the cybersecurity threats become more challenging in the current age?

Ondrej Vleck: In the 80s and 90s, PC malware was created by hobbyists, and in the 2000s it slowly evolved into a serious business. Early malware authors created viruses to gain attention, but later, cybercriminals began to monetize from their activities, stealing money from people via phishing attacks, extorting money from victims by holding their data for ransom, selling people’s data or by using people’s computing power to mine crypto coins, perform DDOS attacks or send out spam.

Today, cybercriminals no longer focus just on attacking PCs and smartphones but targeting smart home devices, adding them to botnets, to remotely drive further cyber-attacks. We are also seeing the first AI-based cyber-attacks today, like deep fakes, which are fake audio or video content generated using AI algorithms. It’s been a massive change and we will be seeing even more in the upcoming years.

AIM: How do you envision to deal with the global cybersecurity threats?

OV: In order to fight threats globally, insights into the worldwide threat landscape are essential, and we’re in a great position, as we not only have a large user base with several hundred millions of users, but our user base is also spread out around the world. We have over a million active users in 68 countries, including India of course. In fact, India is one of our largest markets when it comes to the size of the user base – we have more than 19 million active PC and mobile users there. This global scale, coupled with a strong local presence, gives us unique insights into the threat landscape, feeding our threat detection network, making it one of the most advanced in the world.

AIM: How has your journey from being a developer to the global CEO of the same company been? What are some of the key highlights of your over two-decades-long career?

OV: I started as an intern at Avast in 1995, during my first semester of the university as an intern and the company has come a long way since then. After I graduated, I began working at Avast full-time, and eventually became the company’s CTO. For a long time, I thought I would keep a technical role, but one day the CEO asked me how I would feel about expanding my role to general management, including sales and marketing. That’s how I took roles such as COO, General Manager and President for the consumer business before becoming CEO this year.

AIM: What is your plan for the Indian market?

OV: The Indian market is a mobile-first market with the majority of users accessing the internet on their mobile devices. We have a strong Android user base in the country and protecting mobile devices will continue to stay a priority for us. As Indian users, specifically in urban regions, deploy smart home technologies in the future, we will also offer technologies to keep their smart devices and digital homes secure.

AIM: How are AI and cybersecurity tied together? Is Avast exploring that avenue?

OV: Avast has been using machine learning and AI to detect and block threats for many years now. AI offers us the opportunity to detect threats in real-time and anticipate emerging threats. We train our machines to learn from databases of known threats, to identify attack patterns of completely unknown threats. Avast has also heavily invested in developing AI algorithms to combat adversarial AI. We define DeepAttacks as ‘malicious content automatically generated by AI algorithms’, and for example, DeepAttacks can be used to automatically adapt a generic phishing site to a target brand based on learning its visual style from the legitimate homepage. We have developed mechanisms to detect and block such attacks. There are also DeepFakes; In 2018, we observed many examples where researchers used adversarial AI algorithms to fool humans. Examples include the fake Obama video created by Buzzfeed where President Obama is seen delivering a fake speech, in a convincing fashion. This is one of the many fields we’re looking into, and aside from our internal research, we also invest in academic research, funding university research projects focused on artificial intelligence.

AIM: How does Avast see the rise of quantum computing and what implications this technology will have on your business?

AIM: With the devices becoming smart, they have been exposed to threats more than ever before? What are some of the key ways to keep yourself immune from such threats?

OV: Unfortunately, smart devices today have vulnerabilities in their code or don’t use password protection – the situation is a bit like with the Windows operating system in the 90s, which was very vulnerable. This creates huge opportunities for cybercriminals to attack smart devices.

According to our research done in collaboration with Stanford University, there are more than 14,000 vendors of smart devices worldwide and it would be impossible to create endpoint security solutions for all of these devices. Our network-based solution, Avast Omni, offers to deal with these situations. We also have a version of this solution for carriers, which we have already implemented with Italian telecommunications provider Wind Tre, who is offering our solution integrated into the routers they offer to families and individuals.

AIM: What are some of the threats at the enterprise level?

OV: For businesses, the protection of data is critical to their business – if data is lost, or leaked to cybercriminals, it’s not just harmful to their customer’s privacy, but also their businesses’ reputation, and ultimately their existence. Today’s threat landscape makes it more critical than ever for businesses to put proactive and specialized security protection in place. Unfortunately, some companies, specifically small and medium sized-businesses, struggle to implement these much-needed security solutions and policies. However, there are solutions for businesses that simplify security and help SMBs choose the right solution to protect their business.

AIM: What are the 3 key goals you wish to accomplish since you took over as the global CEO?

OV: From my perspective, there are three important things a successful CEO should do, and it’s my goal to excel in these: First, setting the strategy and vision for a company, second, driving the internal operations of the team, specifically creating a culture that motivates people to achieve more, and third, work externally with investors and media to communicate about our company. I’m pretty familiar with the first two points from my previous roles and am now working on my skills for the third point, as I believe all three points are essential for the company.

AIM: Where would you like to see the global cybersecurity market in the next 5 years?

OV: In the next five years, the cybersecurity market will have to expand towards protecting the Internet of Things, and the roll-out of 5G will be an essential driver of IoT adoption. 5G will increase the speed of internet connections, and thus the speed at which threats can spread. It will also enable the invention of novel VR and AR applications in the market, which will create new attack vectors, and requirements for the cybersecurity industry to protect them. Also, we should see important innovations by the cybersecurity industry in the field of AI and how it will be used by the industry, to fight AI-generated cyber-attacks.

Enjoyed this story? Join our Telegram group. And be part of an engaging community.

Tencent Plans $70B Spend For…