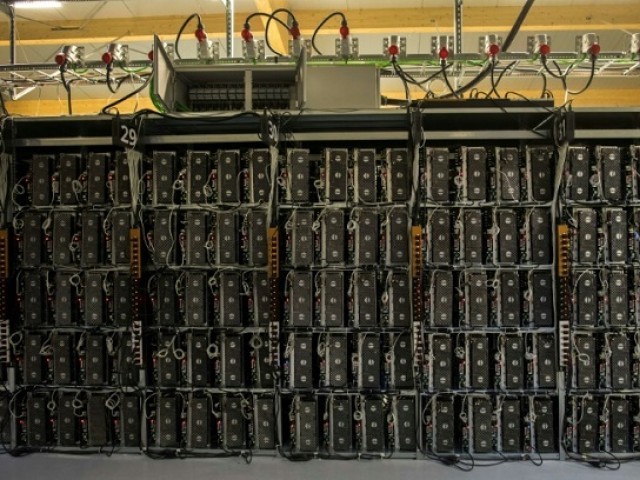 PARIS: Scientists claimed Wednesday to have achieved a near-mythical state of computing in which a new generation of machine vastly outperforms the world’s fastest super-computer, known as “quantum supremacy”.

A team of experts working on Google’s Sycamore machine said their quantum system had executed a calculation in 200 seconds that would have taken a classic computer 10,000 years to complete.

A rival team at IBM has already expressed scepticism about their claim.

But if verified and harnessed, the Google device could make even the world’s most powerful supercomputers — capable of performing a giddying 20,000 trillion calculations per second — look like an early 2000s flip-phone.

Regular computers, even the fastest known to man, function in a binary fashion: they carry out tasks using tiny fragments of data known as bits that are only ever either 1 or 0.

Fragments of data on a quantum computer, however, can be both 1 and 0 at the same time, harnessing some of the most mind-boggling powers of quantum mechanics to create exponentially larger amounts of information.

Ex-Google engineer indicted for stealing self-driving car secrets
These fragments are known as qubits, and due to their dual-state nature can drastically accumulate computing power.

In a study published in Nature, the international team designed a quantum processer made up of 54 qubits and used it to perform a task related to random-number generation.

The Sycamore sampled and verified the accuracy of the solutions all within 200 seconds, a process that on a regular machine would take 10,000 years — several hundreds of millions of times faster, in other words.

“This demonstration of quantum supremacy over today’s leading classical algorithms on the world’s leading supercomputers is truly a remarkable achievement,” William Oliver, a computer researcher at the Massachusetts Institute of Technology, wrote in a comment piece on the discovery.

He likened the breakthrough to the first manned flight taken by the Wright Brothers at the beginning of the 20th Century.

“Their aeroplane wasn’t the first airborne vehicle to fly and it didn’t solve any pressing transport problem,” Oliver wrote.

“It is what the event represented, rather than what it practically accomplished that was paramount. And so it is with this first report of quantum computational supremacy.”

The quest for quantum supremacy is still far from over, however, with the authors themselves acknowledging the need for better hardware and more sophisticated monitoring techniques in order to truly harness the power of quantum.

Some immediate applications of quantum computing could be in inscription software and AI, but its calculations could eventually lead to more efficient solar panels, drug design and even quicker and better financial transactions.

After a leaked draft of the Google lab’s paper appeared online last month, chip-maker IBM, which runs its own quantum computing programme, said that boasts of the Sycamore computer’s feats were exaggerated.

Instead of 10,000 years for an ordinary supercomputer to match Sycamore’s performance, IBM scientists in a blog post claimed it would be more like two-and-a-half years using the most sophisticated traditional processors.

“Because the original meaning of the term ‘quantum supremacy’… was to describe the point where quantum computers can do things that classical computers can’t, this threshold has not been met,” they wrote.

Encryption becomes commonplace, so does…