The good news – quantum computers are going to play a ground-breaking role in all industries. However, this will happen only in 20 years and more. Meanwhile, global R&D and manufacturing efforts are focused on other quantum applications – sensing, secured communications, telemetry, simulation, etc. 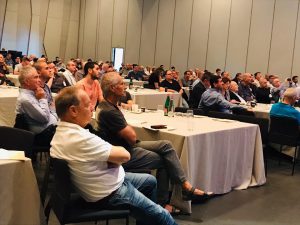 This is the opinion of the speakers at the pioneering Quantum Tech Conference initiated by iHLS for the first time. The conference held on November 18 was designed to encourage a quantum for security ecosystem and a professional hub that will gather experts from the defense industries, technological officers from the IDF, Israel Police and security forces, academic experts and researchers, as well as representatives from the commercial sector, entrepreneurship and innovation. 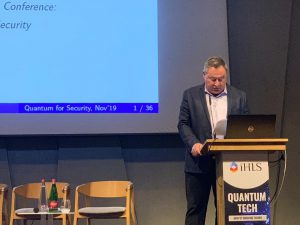 The unique conference, narrated by Col. (res.) Arik Davidi, iHLS, was opened by Dr. Jacob Robinsky, Head of entrepreneurship for innovation at ELTA, IAI, the main sponsor of the conference. IAI focuses mainly on sensing, from the radar level to miniature navigation sensors and more. The company takes part in the Israeli quantum consortium, along with Accubeat, Refael, MAF’AT – IMOD, Israel Innovation Authority, the PBC and others. According to Rovinsky, some two-thirds of the future investment in quantum in Israel will be directed to the establishment of basic infrastructures at academia and industry and the instruction of new researchers. 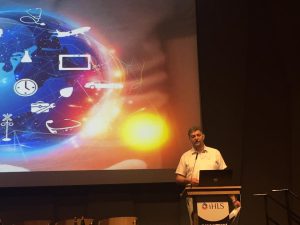 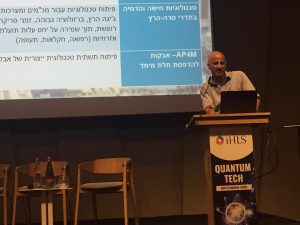 Dr. Aviv Ze’evi Balasiano, VP, Technology Infrastructure Division at the Israel Innovation Authority elaborated on the Authority’s R&D activities in quantum technologies. He said the Authority advances the establishment of various consortia and programs in the quantum field, focusing on narrow bandwidth lasers, communications, AI program that includes quantum research, and probably also the establishment of a quantum accelerator. The Authority is looking for companies and ideas in sensor control, quantum materials, rapid quantum communications and more. It is active in leading European R&D frameworks, such as ISERD Israeli-European initiative and others.

A representative from Israel DDR&D, Ministry of Defense, said his organization’s quantum efforts focus mainly on sensing, communications and information, from the science level to the operative one. Examples for quantum security applications in the world include chip-scale atomic watches for underground searches, a miniature quantum gyroscope for GPS-denied warfare developed by Northrop Grumman, sensitive sensors developed by AOSense, a Chinese jamming resistant radar, code authentication methods for aircraft based on quantum machine learning developed by Lockheed Martin, and more.

Among the companies active in Israel are Refael that develops quantum sensing, Accubeat focusing on atomic clocks, IAI – magnetic sensing, NVision which is active in magnetometry, QuantLR in communications, as well as the elaborate research activities of IBM in Israel. 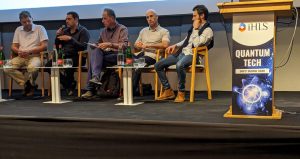 The panel reflected an intriguing industrial point of view regarding quantum applications. Liszer pointed out that Incubit is interested in technological companies advancing in the civilian sector, for integration in the defense sector.

Dr. Stern claimed that in order to gain achievements, better performance, miniaturization and security are expected from a product. He sees the main fields as laser (for sensors, clocks, etc.), and the integration of classical electronics and quantum computing. US DARPA R&D agency invested more than $100 million in the development of miniaturized atomic clocks – an example that reflects the complicated market in which Israel has to compete, with its scarce resources.

Dr. Shcherback emphasized the need for skilled human resources and funds, and claimed that due to the lack of budget allocation, Israel lags in the quantum field and will have to close the gap in an accelerated way.

It was also offered that due to the tremendous investments required, Israel should not only strive to develop technologies from scratch but rather become an early adopter of technologies developed globally.

Prof. Avi Pe’er, Physics Dept. and BINA Institute of Nanotechnology, Bar-Ilan University and member of PBC consulting committee on quantum, spoke about secure and accelerated quantum communications at a public space. His lab, that focuses on quantum metrics, is working on solutions to the challenge of bandwidth, e.g. parametric homodyne technology. 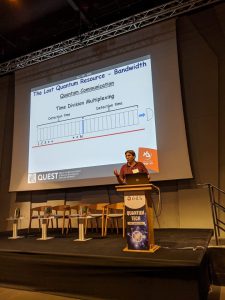 The presentation of Prof. Tal Mor, Manager of the Quantum Information Processing Lab at the Technion – Israel Institute of Technology, dealt with various aspects of quantum encryption, the focus of his research group’s work. 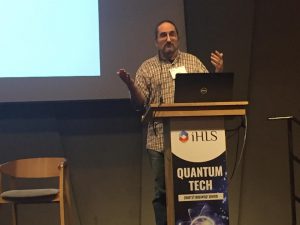 Dr. Nadav Cohen, Asst. Professor of Computer Science at Tel-Aviv University, discussed the fascinating combination of deep learning and quantum entanglement, designed for the acceleration of the maturation of both technologies for critical applications, including security. 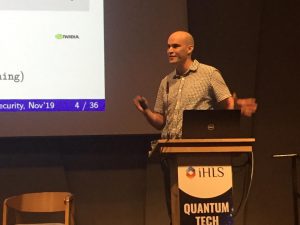 The point of view of the investor in quantum was presented by Nir Liszer, CTO, Incubit Ventures (an Elbit Systems subsidiary). The major growth in the global market of quantum applications has been evident since 2014. While the US and Canada led the field during the last decade, currently China has the upper hand regarding patents number and investments. The global market includes only some 150 companies, and in Israel there are only 5-6 companies in the quantum field. However, the market has been on the growth, and the fact that during 2017, investments in early-stage projects had reached $37 million proves the acknowledgment of the importance of the field and willing to invest in it. More and more deals are currently forged at the periphery of the quantum field – software and applications. 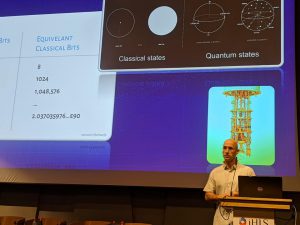 Dr. Itamar Sivan, Co-Founder and CEO, Quantum Machines (QM), also believes that within the next few years, we will see applicative uses of quantum computers. His company develops a command and operation system for algorithmics for quantum computers, and is already installed in multinational companies, US national labs, and more. 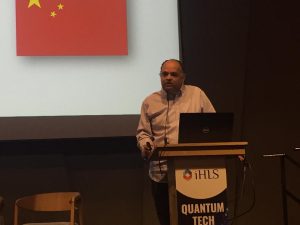 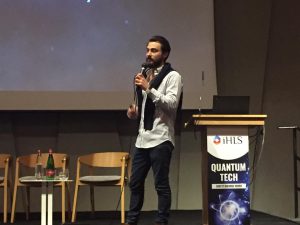 To conclude this ground-breaking conference, everybody agreed that despite of the fierce competition between the US, China and Europe, quantum supremacy – namely the capability of solving complex problems in a reasonable period of time – has not been achieved yet. Israeli industry and academia should focus on developing and even leading applicative research in the various aspects of quantum.