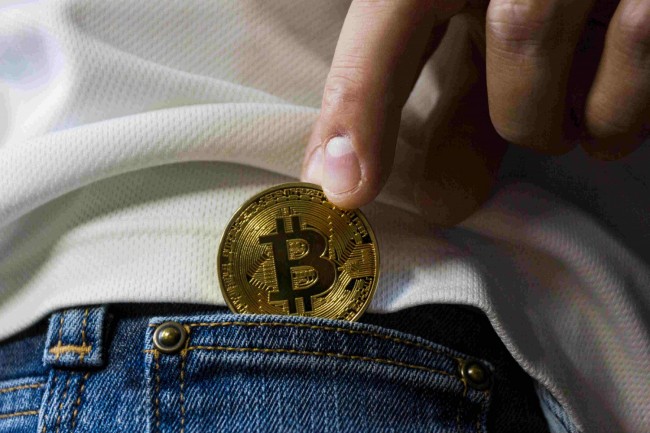 ( Can Quantum Computing Break the Blockchain? )

Blockchain technology is one of the most important developments of the past half-century. This “open, distributed ledger” makes anonymous, peer-to-peer transactions possible–and it’s the foundation of cryptocurrencies like Bitcoin and Ethereum. It’s also being used for corporate recordkeeping, smart contracts, supply chain systems, video games, and distributed ledgers.

However, blockchain is only as good as its data protection. The technology has gained such a massive following because it is billed as “unbreakable.” But new developments in quantum computing are threatening that ultra-secure status.

An Introduction to Blockchain Technology

While blockchain was just an afterthought a decade ago, the global market for this technology and expert blockchain consulting services has exploded in the past several years. It’s currently worth an estimated $1.2 billion today and experts predict that it will be worth more than $57 billion by 2025, growing at a rapid annual pace of 69%.

This technology is the foundation of the cryptocurrency market and makes popular currencies like Bitcoin and Ethereum possible. It accomplishes this by turning the traditional banking process on its head.

Banks record transactions in the sender’s account and their internal records. The receiving bank must do the same thing. However, the problem with this system is that records are stored on an internal or cloud server that is vulnerable to attack. Hackers with enough patience and determination can breach the bank and make changes. Alternatively, bugs and defects can cause other problems.

Blockchain fixes this vulnerability through distributed ledgers. In this system, the smallest unit in the system is a block. This is a small collection of transactions, which look like spreadsheet rows, that are added to the main “chain” in sequential order.

In addition, all transactions are recorded online anonymously, that is, without identifying user data. People can find a record of their transactions by using the hash code associated with that transaction, a unique series of numbers only provided to the sender and the receiver.

Quantum computing is still in its infancy, but researchers believe that the technology will expand the power of computers exponentially.

This branch of computer science is built on the field of quantum mechanics, or quantum physics, which investigates the smallest units of energy, such as atoms and subatomic particles.

Traditional computers use transistors and classical bits to process information. Computers have become much smaller and more powerful over the past century because of Moore’s Law, which states that the number of transistors per square inch on each microchip will double roughly two years. The more transistors that a chip can hold, the faster its processing speed will be.

However, the application of Moore’s Law has been slowing down since 2010 and experts believe the rapid rate of advancement is coming to an end. Transistors simply cannot be made much smaller because of electrical leakage, throttled chip voltage, and the cost of cooling the huge amount of transistors found on modern supercomputers.

Experts are so excited about quantum computers because they promise to be exponentially more powerful than current technology. That’s because they discard classical bits and transistor-based computing in favor of qubits. While traditional classical bits alternate between 0 and 1 to process information, qubits are capable of being 0 and 1 at the same time or be both values simultaneously.

Why is Quantum Computing a Threat to Blockchain?

There has been a lot of recent buzz in the global tech community about the threat that quantum computing poses to the Blockchain.

This was sparked by a recent Google research paper, quickly taken down after it was accidentally posted online before peer review, which claimed that Google has made incredible advancements in quantum computing. The paper reportedly claimed that a Google quantum computer can solve an equation that would take a classical computer 10,000 years in just 3 minutes and 20 seconds.

Quantum computing is such a real threat to blockchain because it rapidly expands the computing power of modern units. Blockchain can keep transaction records safe and secure by relying on public-key cryptographic systems, which makes the encryption key public and keeps the decryption key private.

Blockchain uses this system and the assumptions of elliptic curve cryptography to protect data. Such approach is based upon the valid premise that classical computers cannot factor large numbers quickly.

However, quantum computing will eventually be capable of solving these difficult problems in the blink of an eye. This means trouble for blockchain and data security.

Will Quantum Computing Break the Blockchain?

There’s good news on this front: quantum computing is still in its early stages, so blockchain is safe for the foreseeable future.

However, quantum computing will eventually break the blockchain–if it continues to rely on public-key cryptography systems. In fact, there is already a well-known way to circumvent this system.

Shor’s algorithm is a mathematically-proven way to break public-key cryptography systems. It targets the Elliptic Curve Digital Signature Algorithm, which is used in popular blockchain-based cryptocurrencies like Bitcoin and Ethereum.

Thankfully, Shor’s algorithm is too complicated for classical computers. It takes a huge amount of processing power that even the world’s most advanced supercomputers do not have. However, quantum computers will be able to complete these calculations with ease.

Major tech companies, government agencies, and blockchain development services are all working on quantum-resistant technology that will allow blockchain and related encryption-dependent technologies to work safely well into the future.

The National Security Agency (NSA) recently revealed at the 10th Annual Billington CyberSecurity Summit that it is currently working on “quantum-resistant crypto.” The agency has long devoted a lot of resources to monitoring cryptocurrency transactions and tracking “down senders and receivers of Bitcoins.”

However, this marks the first time that the agency is actively and publicly seeking to safeguard the technology that makes cryptocurrency and other important technological advancements possible.

In addition, private blockchain development companies are working on quantum-resistant blockchain as well. The American tech company WBM recently announced the creation of Praxxis, a currency that uses a custom security protocol that is supposed to prevent quantum computer intrusions.

Blockchain technology is here to stay. This revolutionary tech is not only the foundation of the global cryptocurrency market, but it’s also being used for supply chain management, corporate recordkeeping, smart contracts, video games, distributed ledgers, and more.

Users trust blockchain technologies because they provide secure, open recordkeeping that gives users confidence in the system and peace of mind. However, the newfound power of quantum computing threatens that security and may make blockchain obsolete, if the right steps are not taken today.

Blockchain development partners and major tech companies are working on new encryption methods and new blockchain systems that will protect users from quantum computers. Expect to see more progress on quantum-resistant technology as the threat of quantum computing grows nearer.

ⓒ 2018 TECHTIMES.com All rights reserved. Do not reproduce without permission.

Borregaard ASA: Repurchase of own…