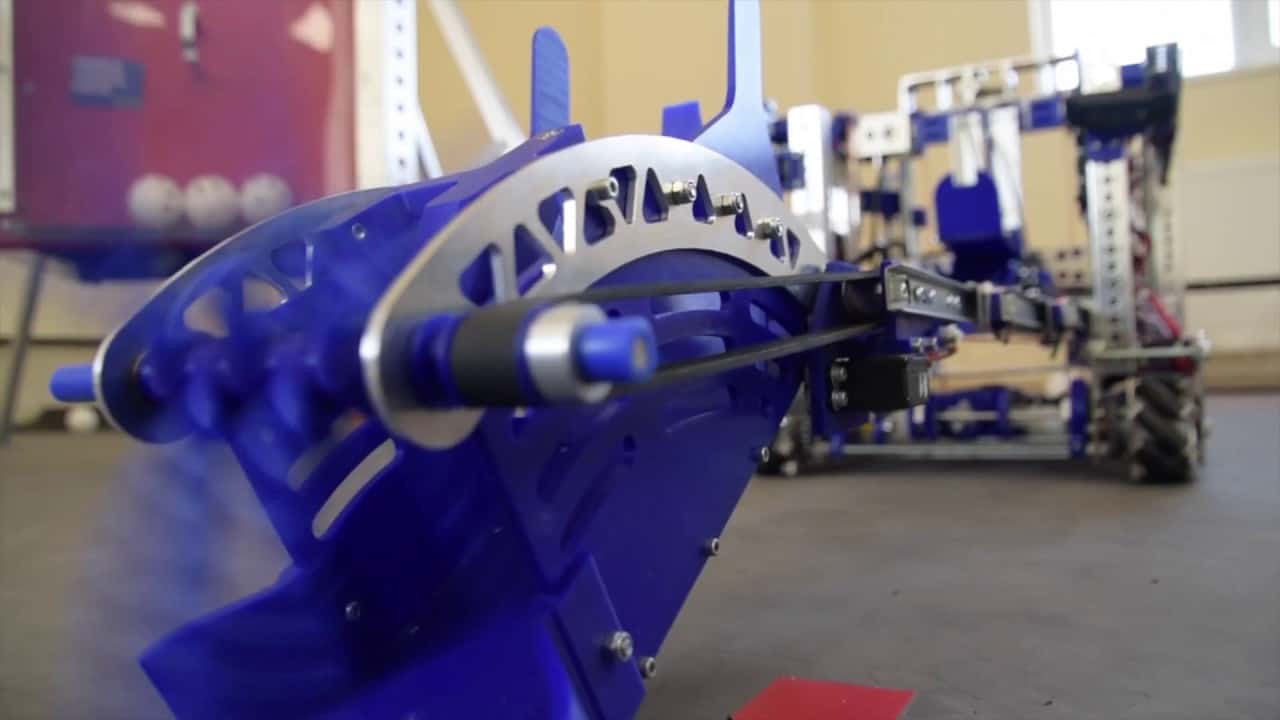 In a world where everything is driven by computers and technology, how far can you imagine the great hypes of Artificial Intelligence (AI) or Quantum Computing (QC) will go? In fact, none can think about the potential applications of both technologies. Both possess the power to be integrated with numerous mechanisms and add more efficiency and value to it.

While everyone is still digesting the fact that robots with the integration of AI can actually be intelligent, quantum computing has also approached robotics to discover some new nuances. As we enter into a new era of computing, the paradigm shift will also impact the work of robotic scientists and the applications of robotics.

According to a research report “Quantum Computation in Robotic Science and Applications” by Bernhard Dieber, we acknowledge that the possibilities, as well as new approaches to known problems, will enable the creation of even more powerful and intelligent robots that make use of quantum computing cloud services or co-processors. The report throws light on potential application areas in quantum computing for robotics.

Application of Quantum Computing in Robotics

As noted by the report authors, there is a high probability that quantum computers will have a positive impact on many scientific disciplines and their applications in the future. In several fields, useful applications are already being explored, including scientific computing, cryptography, chemistry, drug development, and finance. However, across the robotics field, the following are the significant applications of quantum computing.

The modern autonomous robots need fast vision capabilities in order to perceive and assess their environment. Computer vision and image recognition algorithms are computationally expensive as they have to compute results on millions of pixels. Therefore, the hopes lie with the quantum efficiency to better understand the nature of visual information, and to secure, store and process them efficiently with the help of quantum properties – entanglement and parallelism. Such attempts lead to a sub-discipline called quantum image processing (QIMP). The basic idea is that properties of an image, like the colors at certain positions, can be encoded as qubit-lattices, which was widely accepted and formally extended by many representations and possible applications, including videos.

As visualized into quantum image representations (QIRs), transformations, applications, and algorithms are required for robotic perception. However, this approach only deals with two-dimensional images, which is not sufficient when dealing with robotic perception, where the input of multiple sensors is often fused into a three-dimensional point cloud, in order to locate and identify objects and environments.

As suggested by the report, currently, only a few methods exist to express a three-dimensional image by quantum representation in the form of the quantum point cloud. As with other quantum technologies, the general expectation is that QIMP will surpass the capabilities and performance of its traditional equivalents by far.

Traditional AI, in contrast to modern machine learning approaches, is based on formal knowledge representations (e.g., by rules and facts) and algorithms in order to optimize the robot behavior or mimic intelligent (human) behavior. AI-applications are frequently used in robotics, like path planning, the deduction of goal-oriented action plans, system diagnosis, the coordination of multiple agents, or reasoning and deduction of new knowledge. Most of these applications employ variations of uninformed (blind) or informed (heuristic) search algorithms, which are based on traversing trees or graphs, where each node represents a possible state in the search space, connected to further follow-up states.

Whether it is complex search, basic search or graph search, quantum computing works as the alternative for AI in almost every aspect. For example, for graph search algorithms there is also a quantum alternative based on quantum random walks. Moreover, quantum algorithms for ‘decision making under uncertainty’ applications are already formulated, like quantum Markov chain and quantum Markov processes.

For many years now, attempts have been made to solve classical robotic tasks using artificial intelligence methods as an alternative. For this reason, it is not surprising that analogous works can be found, which want to solve kinematic problems with quantum neural networks, e.g., the inverse kinematics problem or using quantum genetic algorithm, e.g., for trajectory planning.

The authors expect that the two levels of control in robotics, i.e. abstract task-planning and specific movement-planning, that are currently often solved separately, due to their combined complexity, can be solved in a more integrative way through quantum computing. In particular, the potential of quantum optimization will provide interesting new opportunities for control schemes that utilize on-line optimization such as model-predictive control or even classic dynamic programming formulations of control problems.

In modern robotics, experience shows that even carefully designed and manufactured robots encounter faults due to reasons like degradation of components over time or incomplete knowledge of the environment in which a robot operates. Therefore, methods to detect and specify these faults are essential. The problem of diagnosis can generally be characterized as the problem of finding the components in a system that describes the discrepancy between the observed and the expected behavior of the system best. The set of methods builds either on systems theory, AI methodologies or hybrid approaches.

The classic consistency based approach, for example, deduces diagnoses on the basis of solving a minimal hitting-set problem, which is a common optimization problem in AI. The hitting-set problem is one of the 21 classical NP-hard problems of Karp. It can be reformulated as a vertex cover problem for which quantum computing approaches already exist. Data mining is the process of extracting information from and discovering patterns in large data sets. Thus, data mining is a valuable tool for knowledge discovery in order to diagnose systems, e.g. to identify the sources and reasons for erroneous robot behavior by mining the robot’s log files. Data mining and analysis involve methods from machine learning, statistics, and database systems (like index searches), which are optimally suited to be tackled with quantum algorithmic approaches.