Devs, a limited series that premieres March 5th on Hulu, tells the story of fictional quantum computing company Amaya. It’s a pretty typical tech giant, complete with shuttle buses taking employees to a campus deep in the woods. Lily Chan (Sonoya Mizuno) works in encryption, while her boyfriend Sergei (Karl Glusman) specializes in life simulations. Katie (Alison Pill), Stewart (Stephen McKinley Henderson) and Lyndon (Cailee Spaeny) all work in the secretive “Devs” division, whose exact nature is revealed to us over the course of eight episodes. And then there’s Forest (Nick Offerman), the soft-spoken CEO, whose grief over a lost child is so great he not only named the company after her, but he built a giant statue of her in the middle of the corporate campus. 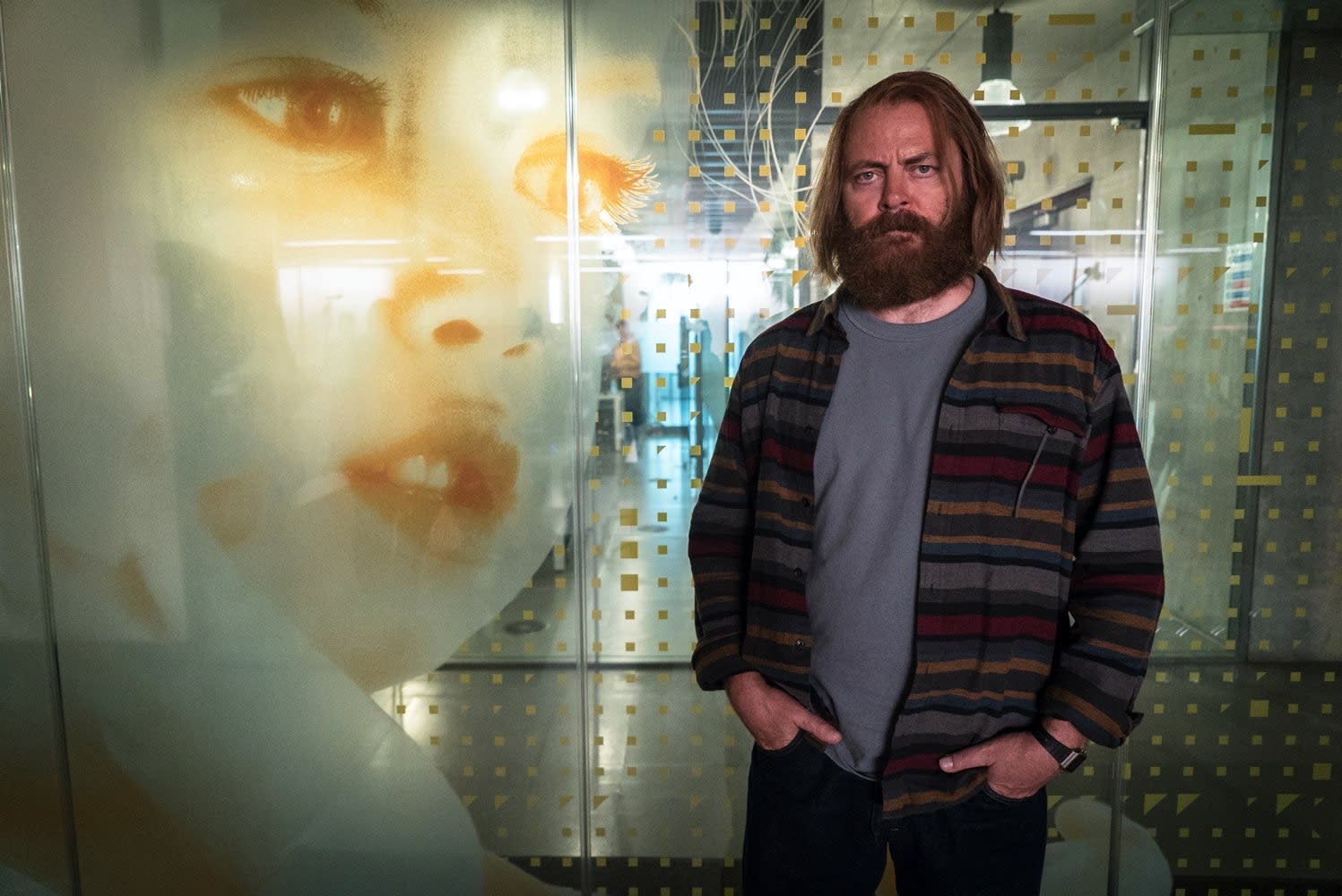 Devs doesn’t frame any of these people as being particularly remarkable. We’re never treated to a montage of the staff working all-nighters fueled by nachos and Red Bull. They don’t walk up to a chalkboard full of equations and write down an answer others have been seeking for months. Our young prodigy, Lyndon, isn’t even that young — he’s 19, and we’re never given some exposition about how he was recruited as a child or some other clichéd nonsense. Even Forest escapes any kind of hagiography, with his origins in tech and the rise of the company kept completely out of the narrative. The past doesn’t matter; nothing really matters except what they do now.

And everything they’re doing now revolves around the quantum computer and the predictive code that runs on it.

The system is hidden inside a bunker situated in the middle of a forest. To reach the office you must cross a gold-lined vacuum chamber inside an electromagnetically-supported clear cube. The quantum computer is a delicate structure of metal fittings and wires inside a glass case, reminiscent of an old pendulum clock underneath a glass dome. The characters are often shown pondering it in silence. The camera occasionally approaches it as if it’s a character itself, implying the sense of something happening. 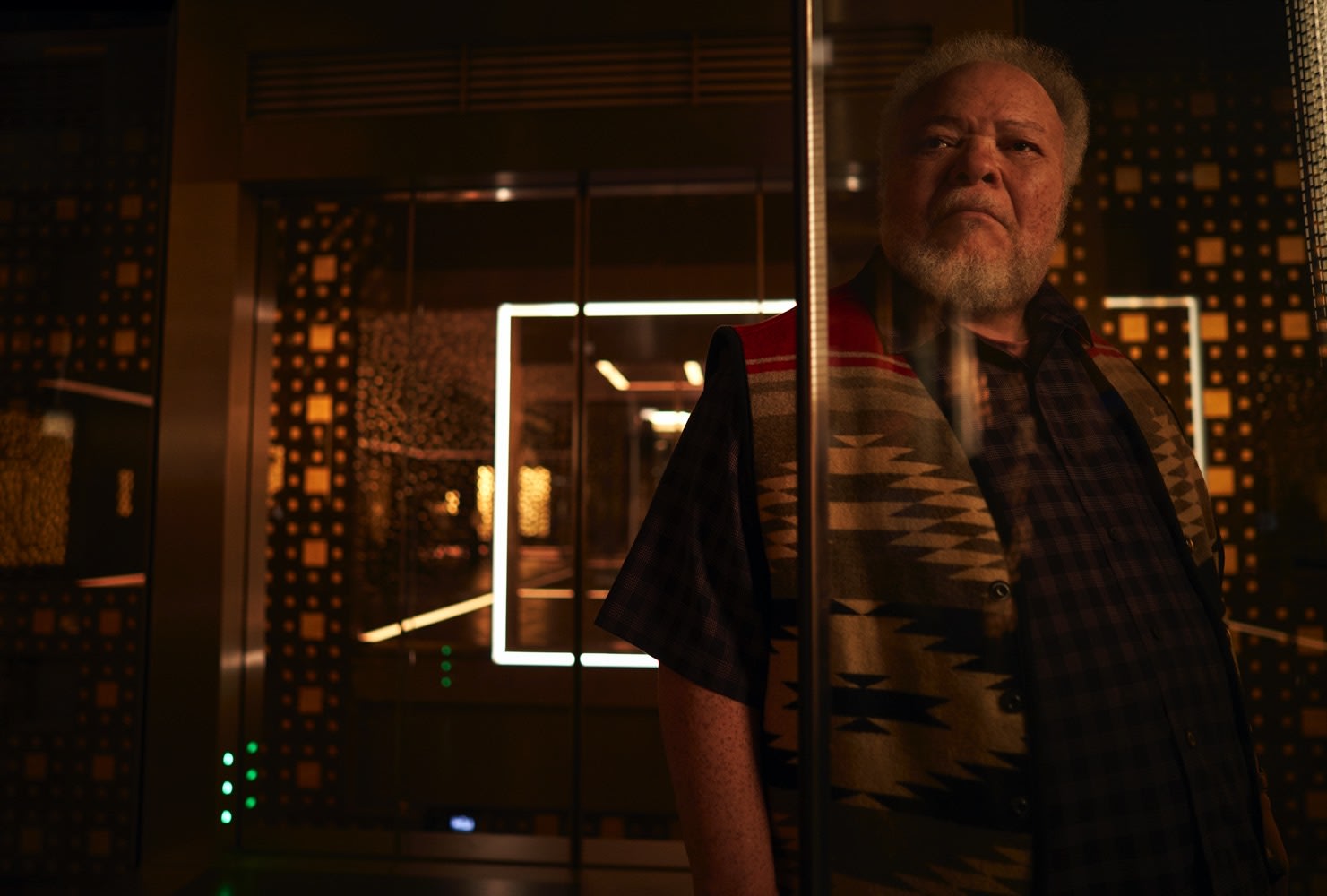 The techno thrillers of the ’90s (I once saw them referred to as “techsploitation” movies, which seemed apt) leaned on how little we knew about the internet back then. We lacked the knowledge to question what they showed us, and fear of the unknown is an easy well for filmmakers to draw upon. Now we all carry supercomputers in our pockets. Plus, many of us know someone who works in IT or CS, so it’s less mysterious now. It’s just so ordinary these days. We’re not scared of tech anymore.

A show like Black Mirror can scream “technology is bad” all it wants, but in most episodes, the problem isn’t the tech itself. It’s more how it’s used and how it affects people. A mother monitors her daughter’s every action via a cranial implant. Two heterosexual men discover mutual attraction through VR. A woman becomes obsessed with her social standing, expressed in a literal score. As best evidenced by the happy ending of ‘San Junipero,’ it’s not the technology itself that is good or evil, but what you choose to do with it.

Found a new way of…