Latest News
Home /the next step toward quantum computing (via Qpute.com)

A new method for error correction could provide a key step toward practical quantum computers, sensors and distributed quantum information. 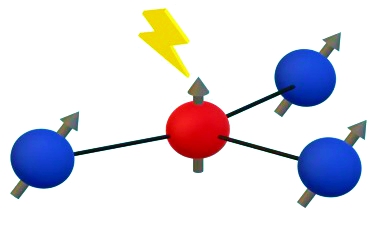 This could enable the military to solve previously intractable problems or deploy sensors with higher magnetic and electric field sensitivities.

The approach – developed by researchers at Massachusetts Institute of Technology – could mitigate certain types of random fluctuations or noise that are a longstanding barrier to quantum computing. These random fluctuations can eradicate the data stored in such devices.

The Army-funded research involves identifying the kinds of noise that are the most likely, rather than casting a broad net to try to catch all possible sources of disturbance.

“This has the potential to enable increased capabilities in targeted quantum information science applications for the DOD.”

The specific quantum system with which the research team is working consists of carbon nuclei near a particular kind of defect, in a diamond crystal called a nitrogen-vacancy centre. These defects behave like single, isolated electrons, and their presence enables the control of the nearby carbon nuclei.

However, the team found that most of the noise affecting these nuclei came from one single source: random fluctuations in the nearby defects themselves. This noise source can be accurately modelled and suppressing its effects could have a major impact, as other sources of noise are relatively insignificant.

The team determined that the noise comes from one central defect or one central electron that tends to hop around at random. It jitters. That jitter, in turn, is felt by all those nearby nuclei, in a predictable way that can be corrected. The ability to apply this targeted correction successfully is the central breakthrough of this research.

The work so far is theoretical, but the team is actively working on a lab demonstration of this principle in action.

If the demonstration works as expected, this research could make up an important component of near and far-term future quantum-based technologies of various kinds, including quantum computers and sensors.

Will Biden Use Every Tool…

Delivering quantum-like capabilities to the…

Intelligence at the edge can…

Are We Doomed to Repeat…