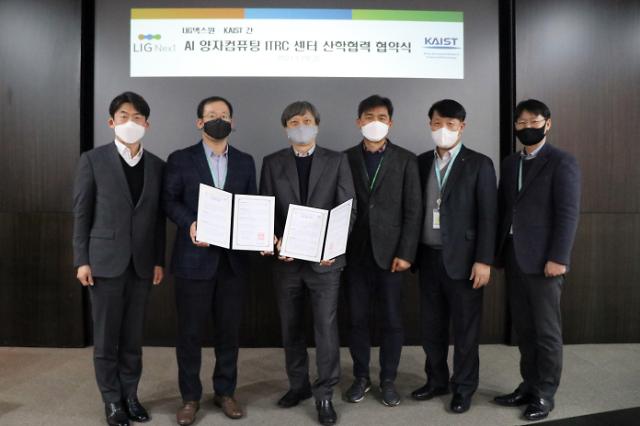 SEOUL — LIG Nex1, a defense contractor in South Korea, tied up with a state research university to secure future defense capabilities based on quantum technology that could have significant implications for security touching everything from extremely secure communications to the better detection of aircraft and submarines.

Advanced quantum information technologies may affect important national security tools and tasks, such as intelligence collection, solution optimization, encryption, stealth technology, computer processing, and communications. Quantum computers, cryptography, radars, and other quantum systems rely on the properties of quantum mechanics, which describes the behavior of matter at the subatomic scale.

LIG Nex1 said it has signed a memorandum of understanding with the Korea Advanced Institute of Science & Technology (KAIST) to carry out joint research on quantum computing, quantum cryptography and quantum imaging. Quantum computing enables the high-speed processing of large-scale battlefield information and improves the reliability and accuracy of surveillance reconnaissance systems.

Quantum imaging may be useful for storing patterns of data in quantum computers and transmitting large amounts of highly secure encrypted information. Quantum cryptography has emerged as an essential security solution for safeguarding critical information. Data encoded in a quantum state is virtually unhackable without quantum keys which are basically random number tables used to decipher encrypted information.