A team of Chinese researchers say they have found a “massively more efficient” and more accurate way to simulate quantum computing using traditional processors, challenging a 2019 claim by Google scientists that they had achieved “quantum supremacy”.

Quantum computing is still in its infancy but promises to take computational power to a new level by manipulating subatomic particles. Scientists hope it will help lead to breakthroughs in areas such as materials science and developing new drugs.

China has made quantum technology a top priority – it is listed along with six other key science and tech areas in the country’s new five-year development plan approved last week – particularly for applications like computing, ultra-secure communication networks, and precision measurement.

So-called quantum supremacy is a development milestone: quantum machines being able to perform a calculation that is beyond the reach of the most powerful conventional supercomputers.

Google in October 2019 said its Sycamore processor had become the first to achieve quantum supremacy by completing a task in three minutes and 20 seconds that would have taken the best classical supercomputer, IBM’s Summit, 10,000 years.

That claim – particularly how Google scientists arrived at the 10,000 years conclusion – has been questioned by some researchers. They argue that with alternative algorithms or settings, the supercomputer’s processing time could in theory be brought down to just days, meaning it would not be too far off what Google’s Sycamore achieved. 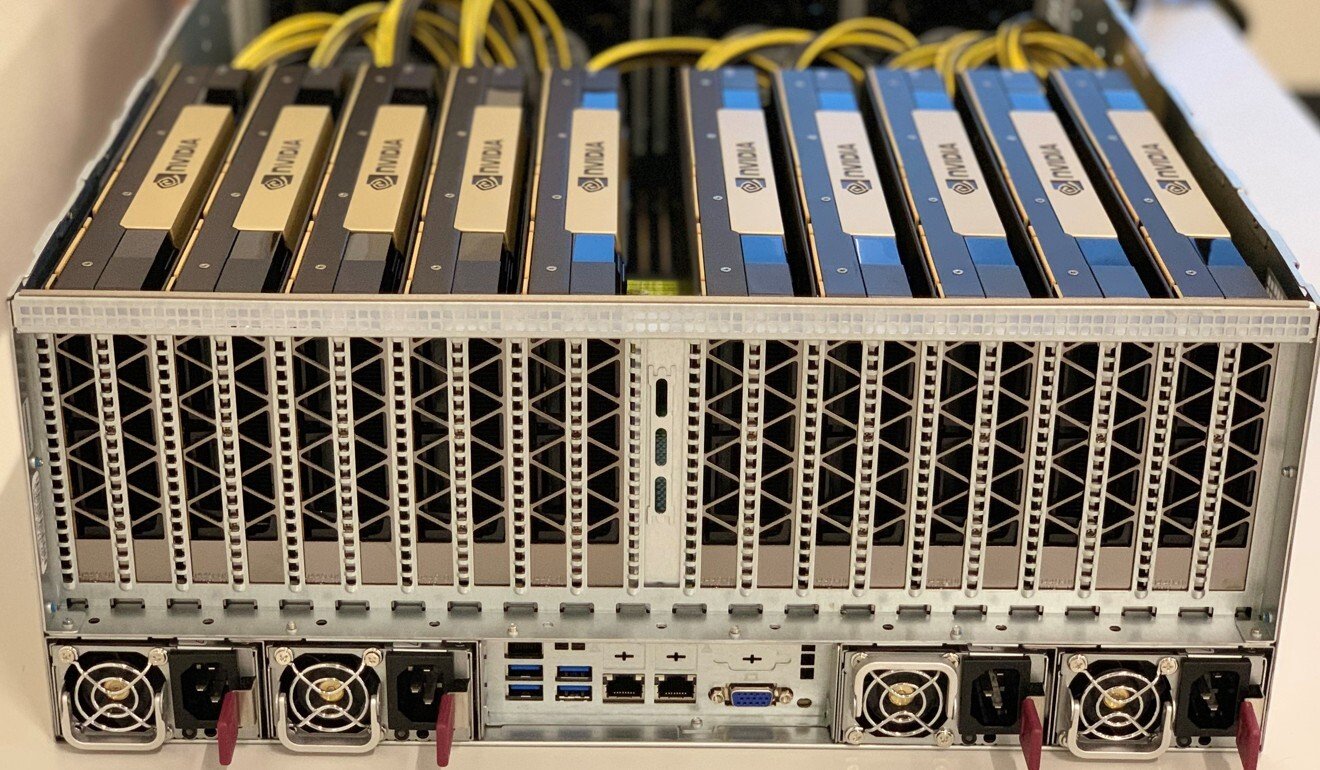 In Beijing, researchers at the Institute of Theoretical Physics under the Chinese Academy of Sciences put this to the test by repeating Google’s experiment using 60 graphics processors – Nvidia V100s and A100s – usually used for artificial intelligence tasks.

They completed the job “in about five days”, according to the team’s paper released this month, which is undergoing peer review.

The scientists said they achieved this using a “big head” simulation algorithm based on a general tensor network method – or by “slicing” the computational tasks into optimal small samples for the classical processors to calculate.

They also said their approach yielded “much higher” accuracy than samples from Sycamore.

Unlike classical computing, quantum computing is prone to errors since subatomic behaviour can be affected by environmental factors.

“The goal of Google’s quantum supremacy experiments was to obtain a large number of samples achieving a high enough [accuracy] for the Sycamore circuits… such that the task is intractable for classical computing,” the Beijing researchers wrote.

“We have demonstrated that with our algorithm we are able to classically obtain a large number of samples with an even [higher accuracy] than the Sycamore experiments.”

Simulating quantum computation on traditional computers is important for developing the technology – it allows researchers to test and verify experiments before running them on a quantum machine, and can add to understanding of which features are powering that machine and where the boundary lies between quantum and classical systems.

But the researchers, led by Professor Zhang Pan, acknowledged that the Sycamore remained “much faster” in processing quantum calculations, and that classical supercomputers were limited in their ability to scale up and handle more complex tasks.

Other scientists have previously questioned the Google claim. Soon after Google’s announcement, IBM argued in a paper that with a different arrangement its supercomputer could theoretically have performed the calculations in 2½ days, but its claim was never tested.

Researchers from the Alibaba Quantum Laboratory in May last year also proposed the task be carried out using the tensor network approach but with a different algorithm. They did not do a full-scale simulation but estimated it would take their system less than 20 days to complete Sycamore’s task, and with the same accuracy. Alibaba Group owns the South China Morning Post.

Zeng Bei, a quantum computing expert and professor of physics at the Hong Kong University of Science and Technology, said the Beijing team’s approach looked “novel and interesting”.

She said there was often a trade-off between complexity and accuracy in the pursuit of quantum supremacy. The more computing steps and number of quantum bits – the subatomic particles that form a basic information unit – the harder it becomes for a classical supercomputer to do the job. The quantum system also becomes a lot less accurate.

“There is no known winner of this [quantum supremacy] game by known scientific argument,” Zeng said, calling it “purely scientific fun”. “Playing this game will push for better quantum control accuracy and better classical simulation algorithms.”

In December, Chinese scientists said they had built a quantum computer – using different technology from Google’s – that could do a task in 200 seconds they claimed would take the country’s fastest supercomputer, the Sunway TaihuLight, 2.5 billion years.

He said the priority was to develop “actually useful” quantum simulators to solve problems of practical interest that could not be done with supercomputers, without elaborating.

The Beijing researchers said their new algorithm had potential not just to simulate Google’s Sycamore circuits but other existing or future quantum systems, and they could work together to “help solve challenging problems in the real world”.

Pan also said technology for a space-to-ground quantum communications network would be developed, and there would be a push for early adoption of the ultra-secure technology in financial services, government administration and energy.