With an ability to analyze and rapidly process extremely large datasets, quantum computing promises to enable transformational advances in everything from the rapid discovery of new drugs and vaccines to secure storage and transmission of personal information. The key to the speed of quantum computers lies in qubits, the basic units of information that can exist in multiple states, a phenomenon that provides far more processing power than the binary bits of classical computers.

Quantum computers are difficult to engineer, build, and program, however, because highly sensitive qubits are easily affected by environmental disturbance, referred to as noise, such as temperature fluctuations and vibrations. Most qubits also need to be cooled to absolute zero (-273 degrees Celsius) to be usable. One potential solution being explored by researchers at UC Santa Barbara involves photonics, the science of using and controlling photons, which is the smallest unit of light. Photonic circuits can transfer data faster than traditional electronic circuits, and today power data centers and make the internet possible.

“Photons have several potential advantages for quantum computing, most notably room-temperature operation,” said Galan Moody, an assistant professor of electrical and computer engineering (ECE). “They also don’t interact strongly with their environment, so they retain their quantum states for really long periods of time.”

Moody says that integrated photonics, a field in which UCSB researchers have established themselves as world leaders, is especially promising. Integrated photonics is the design and fabrication of photonic devices in which all of the components, ranging from lasers to optical interconnects, are contained on one chip.

“Integrated photonics offer additional advantages, including the ability to leverage the national photonic infrastructure already developed and the high density of components that can be integrated onto a single photonic chip,” said Moody. “This will help with reliability, stability, and most importantly, scalability.”

In support of his effort to develop a new quantum photonic platform that allows for chip-scale quantum information processing with light, Moody has received an Early CAREER award from the National Science Foundation (NSF), a prestigious honor that comes with $500,000 in research funding over five years.

“It’s an incredible honor, and it’s a testament to the dedication and hard work of my students and postdocs, especially with the challenges everyone has faced this past year,” said Moody. “I couldn’t be prouder of my group, who really made it possible for me to receive this award. It validates the vision we’ve been developing over the past couple of years, and it provides support for us to help drive the field of quantum photonics into exciting new directions over the next five years and beyond.”

Moody says the award is a direct result of the tremendous mentoring he has received from the college and his department, as well as rewarding collaborations, most notably with John Bowers, a distinguished professor of materials and ECE and the director of UCSB’s Institute for Energy Efficiency (IEE).
“We congratulate Professor Galan Moody on this great recognition of his work and the tremendous potential of his research on quantum photonics,” said Rod Alferness, dean of the College of Engineering. “We are tremendously proud to see junior faculty, like Professor Moody, rewarded for pushing the boundaries of science and technology to benefit society. I look forward to the research and mentorship this support will enable.”

“We expect several new important capabilities and better performance than we get from silicon, including more efficient quantum light sources, a reduced need for laser power to pump the sources, better electrical efficiency, and significantly less optical loss in order to preserve the photon’s quantum state,” said Moody.

The first stage of his project is to develop all of the necessary components to carry out certain quantum computations on a chip. These include improvements to his group’s existing entangled-photon pair sources, and developing methods to convert quantum states throughout the visible and telecommunications wavelengths.

“Once we fabricate, test, and benchmark these components, we hope to find significant performance advantages compared to other approaches, such as silicon,” Moody said.

The next phase is to design optical processor architectures and carry out some of the basic quantum operations on photons that are needed for a functional quantum computer. Lastly, they will begin to scale up their designs with the goal of demonstrating a practical and useful quantum computer using light.

“While a quantum computer that can perform complex computations is a long-term goal, we expect to answer many important fundamental and practical questions in the short term, such as how can we make the most efficient quantum light source and what are the materials challenges we need to address to do this,” said Moody. “Our research may also lead to innovations in areas other than computing, including faster and more secure optical networks and satellite-based quantum communications.”

The timing of the NSF CAREER award worked out perfectly for Moody. Recently, his research lab moved into Henley Hall, a state-of-the-art facility that opened last fall. Moody also received the Defense University Research Instrumentation Program (DURIP) award from the Department of Defense to build the instrumentation needed to test the quantum photonic chips his group will design and fabricate as part of the NSF CAREER award.

“These experiments require a high level of temperature and vibrational stability, which is possible with the new lab space in Henley Hall,” said Moody. “This combination of state-of-the-art lab space and well-maintained shared facilities on campus, like the Nanofabrication Facility, make UCSB a really unique and exciting environment, and as a relatively new faculty member, I’m fortunate to be a part of it.”

The NSF funding will also jump-start ambitious teaching and outreach programs that Moody’s group has been developing, including a remote quantum teaching lab that will be accessible to online users beginning with a pilot program in partnership with Santa Barbara City College. They also plan to bring regional high school students from underrepresented communities to campus for an interactive quantum learning experience with the Media Arts and Technology Program, and launch an outreach program for K-8 students and their families to learn about quantum science and engineering. 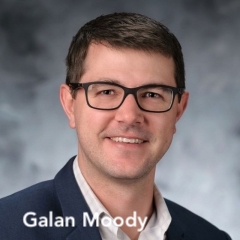 Ahead of RSA Conference, CEO…

Why it will never be…