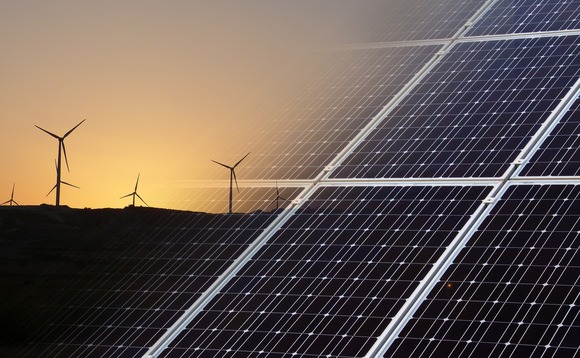 Five of Google’s major data global centre sites are now running on around 90 per cent carbon-free power, the tech giant as announced.

The company has also unveiled plans for a climate-focused YouTube video series featuring the likes of Sir David Attenborough and Bill Gates.

Google is aiming for all of its data centres, cloud regions and office campuses to run on clean electricity for every hour of the day within a decade. Yesterday, the firm revealed five of its data centre sites – in Denmark, Finland, Iowa, Oklahoma and Oregon – are now operating at or near 90 per cent carbon-free power.

To date the company has committed around $4 billion towards directly purchasing clean electricity from more than 50 wind and solar power projects through to the end of 2034, with many of these projects coming online last year.

Google added that it is also working to shift data centre backup generation to run on batteries, as well as progressing plans for time-based clean energy tracking that would enable its cloud customers to select the lowest carbon regions for their services.

Data centres are critical for a host of low-carbon technologies and services, but they are also energy-intensive, accounting for an estimated one per cent of electricity consumption worldwide in 2019 – a proportion expected to grow in the coming decades.

Announcing progress against the company’s clean power goals in a blog post yesterday, Sundar Pichai, CEO of Google and Alphabet, said its aim was to “lead by example” in its operations in order to help “build a carbon-free future for all”.

“Our carbon-free goal is as ambitious as other moonshots like building a quantum computer or developing a self-driving car,” he wrote.

“I’ve never been more optimistic about our collective ability – as governments, companies and individuals — to come together and chart a more sustainable path forward for our planet.”

It came as the tech giant unveiled a new wave of content it plans to run across YouTube in a bid to help raise awareness of the climate crisis and solutions, featuring major names such as Sir David Attenborough, Microsoft founder Bill Gates and Hollywood actor Joseph Gordon-Levitt.

The “YouTube Originals sustainability slate” includes a twelve-episode video series dubbed ‘Seat at the Table’, that will feature leading experts such as Attenborough who will highlight devastating climate impacts worldwide and “confront some of the most powerful people on the planet and demand action from those truly on the frontline of the climate emergency” at the COP26 Climate Summit later this year.

An episode of BookTube is also slated to premiere tomorrow featuring a discussion of Bill Gates’ recent book How to Avoid a Climate Disaster, while a series of other shows and series are slated for later this year focusing on a raft of sustainability topics such as regenerating farming and critically endangered environments, according to YouTube.

It forms part of Google’s broader aim to reach one billion people through products such as YouTube, Maps and the company’s search engine to help them make sustainable choices in their daily lives.

“In line with Google’s long-standing commitment to climate action, YouTube is proud to announce key partnerships and a growing slate of Originals that will provide our massive global audiences access to compelling content with a focus on sustainability. We are committed to producing even more projects that can inform viewers, inspire action, and ultimately improve our chances of making a more sustainable future for our planet.”

A version of this article first appeared on BusinessGreen.

Why Crypto-agility is the Key…