Latest News
Home /How quantum ideas and biotech will transform our world (via Qpute.com)


As consumers, we don’t always witness scientific progress as it happens.

Advances are being made now that will revolutionise society in our lifetimes, from overhauling the nature of computational power to treating disease. 2 crucial areas in this transformative research are biotechnology and quantum computing.

International experts leading innovation in these sectors will bring their knowledge to the City of Sydney’s visiting entrepreneur program from 1 to 10 June. 2 of these experts are Nabiha Saklayen, making personalised stem-cell derived therapies scalable for the first time and Rebecca Krauthamer, driving the next generation of computing technology based in quantum physics.

So, what exactly are these technologies and how will they shape our future?

Many diseases, including diabetes and Parkinson’s, can be treated and sometimes even cured with the help of new human cells. Simply speaking, this process starts with a patient’s blood cells which are reprogrammed to a stem cell and then differentiated cells. These cells are then transplanted into the body to treat disease.

“There is a big bottleneck in how stem cells are manufactured,” CEO and co-founder of Cellino, Nabiha Saklayen said. “The current process requires a scientist in a lab to remove cells by hand for 3 to 4 months and the result is specific to only 1 patient.” 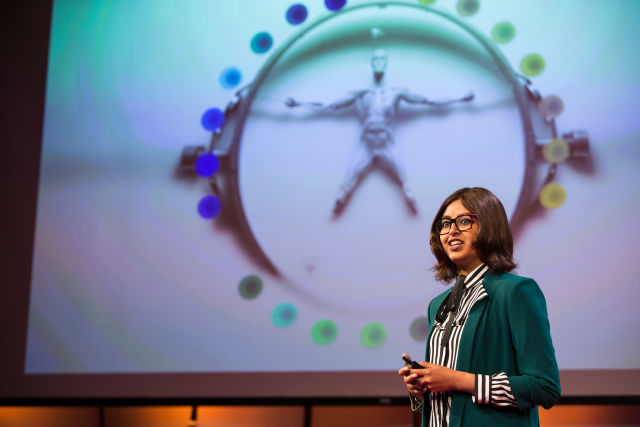 While studying at Harvard for her PhD, Nabiha developed ground-breaking technology designed to edit cells in new ways. Cellino has developed a laser platform that uses artificial intelligence to automate this process across millions of cells for many patients in parallel.

This issue of scalability is also at the core of Rebecca Krauthamer’s work in quantum computing. For the uninitiated, quantum computing is based in qubits as the smallest bits of logic, rather than the 1s and 0s of traditional computing. Rebecca, founder and chief product officer at QuSecure and CEO of Quantum Thought, explained.

“Imagine you are trying to solve a maze. At each intersection, you can only go right or left. A typical computer works in this way, in a linear fashion. A quantum computer looks at 2 parallel realities at one time, cleverly pruning off dead paths to get an optimal solution. They can do really powerful stuff.”

“It’s not a matter of if, but when,” Rebecca said. Her venture is the launchpad for the founding generation of quantum computing companies. Rebecca was added to the Forbes 30 under 30 list in 2019.

Nabiha and Rebecca are at the forefront of big discoveries.

In stem cell research, “this means patients will be able to avoid going on immune suppression, cells will be cheaper and therefore available to more people. This method will also create more cells for scientists to work on, meaning we will be able to tailor medicines to each person’s DNA,” Nabiha explained.

The challenge for Rebecca’s work is getting on top of data security.

“The algorithms we currently use to encrypt data are based on systems that classical computers can’t break. Quantum computing will change this in the coming years. We need to protect data from what’s coming. This includes our personal data, health, financial. For this reason, there is international posturing around this technology and a lot of money is being invested at the government level.” 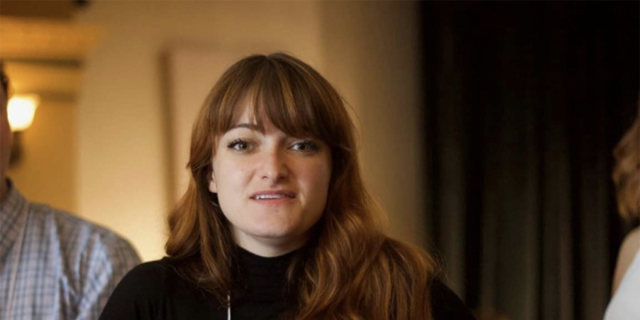 As we know, algorithms have powerful implications. Rebecca describes software that was being used to help judges decide who should get parole. It was found that, given historical data, this process had baked-in racial prejudices.

“We need to have more people of diverse backgrounds building these programs to ensure they are representative of the people they serve,” Rebecca said.

To do this, Rebecca is helping to develop a code of quantum computing ethics for the World Economic Forum.

The question of creator diversity is a key issue in Nabiha’s work too. Growing up, she lived in many different countries and socio-economic contexts. Nabiha saw firsthand the extent of global healthcare inequity.

“It is personally important to me to play a part in democratising healthcare,” Nabiha said.

Cellino’s technology aims to make cells for everybody and to achieve this, Nabiha assembled a multi-disciplinary team that is diverse across age, race and gender. Convergence is at the heart of Cellino, with engineers, physicists and biologists all working together.

The ecology of innovation

Sydney has a unique opportunity to build new markets in these areas. Australia’s biotech industry is ranked 5th in the world and Sydney boasts 73% of the country’s 243,406-strong workforce in the sector. On the quantum technology side, it has one of the most impressive concentrations of researchers and research centres in the world. 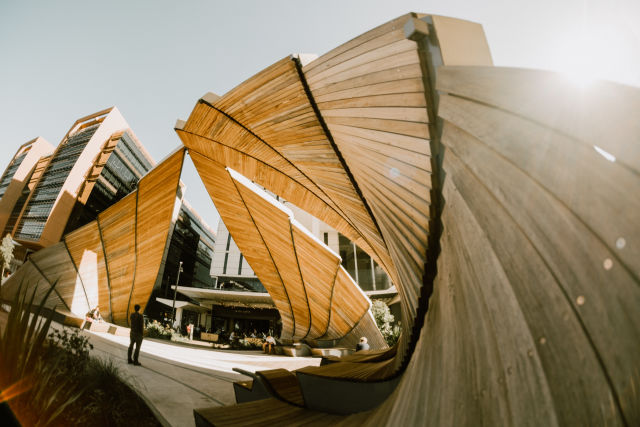 Sydney’s tech and innovation precinct at South Eveleigh is home to Cicada Innovations, Australia’s leading incubator for startups and scaleups working on science and engineering innovations, part of the visiting entrepreneur program

As a physicist who applies her expertise in biology, “the ecosystem is tremendously important,” Nabiha said. This network is needed to explore the full potential of an idea, establish a product market fit and acquire financial and lab resources.

Bringing the ecosystem together, this year’s visiting entrepreneur program sees Nabiha and Rebecca share more of their expertise alongside other global experts in a series of online and in-person events across 10 days.

Promise of biotech: Innovating to save lives with Nabiha Saklayen, CEO and co-founder of Cellino – Thursday 3 June

The visiting entrepreneur program is a series of free events that connect international entrepreneurs with our local startup ecosystem. The program runs from 1 to 10 June and focuses on transformative technologies tackling major global challenges. View the full program.