Matthias Troyer, Distinguished Scientist at Microsoft and keynote speaker at ISC high performance conference discusses his research into quantum computing and the development of quantum hardware and algorithms for scientists.

How will the first quantum hardware solutions be implemented for scientists?

For most users you need to solve problems, like on classical HPC machines, most people don’t write the kernel for GPUs they use libraries and application packages built using accelerators. Those people will just have to know where quantum will be useful, and how to call the library that then uses the quantum hardware.

But then there are those people who write those libraries, who write the algorithms for quantum hardware. They will have to understand more deeply how to use quantum computing to accelerate their calculations. And then finally, there will be the people who build the hardware. And they will most likely be electrical engineers, fabrication engineers with more knowledge of what is needed to get the quantum hardware to run and operate.

First is we develop the programming tools, the programming languages, like Q#, the compilers, the libraries, and so on so that people can start to learn about quantum computing, learn the principles and then start to invent the quantum algorithms. And then they can run them on simulators (classical computing systems that simulate Qubits). And that way they can test the quantum algorithms, debug them, profile them, optimise them, and find out the resources required to use a certain application to scale in the future. Will it need a hundred Qubits, 1000 Qubits, 10,000? Will it run for an hour, a week, a month or a year? If it’s a year then we will think about how to reduce the runtimes. Intermediate scale quantum systems can be used to experience quantum computing, so that users can learn how to run something on quantum hardware, and see how it works.

But then finally, we also have quantum solutions. And what we found there is that, as we think about how we would use quantum hardware in the future, and as we develop the new quantum algorithms often after inventing the quantum algorithm, we realise that we can actually run that algorithm also in a variant of classical hardware.

So I am tackling problems that are seemingly intractable, but where I have an idea of how a quantum computer could solve it. And then in order to solve it, on quantum hardware, I think about a different approach, because I want to use the power of the quantum computer.

I formulate the problem in a different way. So that I can then apply a certain quantum algorithm that they know will have to speed up on future quantum hardware. And as I do that, and as I reformulate the problem to fit the acceleration offered by the quantum computer, I then sometimes realise that this new viewpoint, this new way of attacking the problem, gives me new ideas, how it can be solved classically. Sometimes we have seen that this can be thousands of times faster than the typical way that they did classically. And so instead of intractable in this case, I say, these are seemingly intractable problems where we didn’t see a way of doing it classically. But we saw a way of maybe doing it using quantum, and then working out the details, we find a new way of solving the problem, potentially very fast on classical hardware.

If I think I can solve it classically, then I don’t even think about it. But as quantum opens the possibility to take a new look, then I realise, maybe I was wrong, there is a better way of tackling the problems classically. And that gets triggered by quantum thinking by just the possibility that quantum will offer. And then of course, once we have quantum hardware, it will work even better and faster in those cases as well.

How can you identify which applications are suitable for quantum computing?

What are the problems that I can solve much better-using quantum hardware in the future? When looking at that, we see not just which problems we can solve quantum-ly but which problems can be solved better and faster than on any potential classical machine.

Then we found that there are three conditions we need for that. First, we need a problem where there is a quantum algorithm with quantum speed up. Secondly, we need a problem that acts on small data, not big data. And the reason is that your quantum computers will have a slower clock speed than classical ones and so I/O will be a bigger challenge than classical even. Thirdly, again, because the clock speed is slower, and because the Qubits are much more complex than transistors, every operation will take longer and so the classical hardware has a big constant advantage over the quantum hardware. But it can overcome that by the quantum algorithm having to do far fewer operations. And what we need for that, then are quantum algorithms with exponential quantum speed up so that I can beat the constant advantage that the most simple classical system has.

The main applications in the midterm will be for applications such as chemistry and material science, where you can predictively calculate the properties of materials, molecules, catalysts and chemicals. When you look at what is needed to do that, for a size of a problem that they can’t do classically, then you see we need about 1 million Qubits.

That means you have to scale the noise, the physical qubits, to a size of a million and more. So we need technology where we get a qubit that is scalable to millions – and that’s fast. But we need more than the Qubit. We need also to be able to control a million Qubits, to operate them, using a software stack and control stack. And so we work on the whole stack, to cryogenically control the cubits, the software stack, the algorithms, the applications, and the cloud services.

I think the biggest challenge ultimately, will be in the scalable control and readout of the Qubits. Because right now when you look at the lab experiments or the first small quantum machines they are controlled with negative 10s of wires going into a cryostat that is cooled down to millikelvin temperatures. This will not scale to millions of cubits because you cannot put a million wires into your cryostat and keep it cold. So we have to move to a more scalable cryogenic control

And we have to develop control technology that will not cause noise, that we will not heat and will not disturb the quantum bits. That may ultimately be the biggest challenge.

There is a big range of problems that, in principle, can profit, protein folding, drug design, weather modelling, climate modelling, finance, there have been many, many proposals. For all of those, there is a quantum speed up that means as the problem size increases, ultimately, when the problem is long enough, when the runtime is long enough, the quantum computer will be faster than the classical one.

But in many cases, when looking at that we realised, when the crossover time is large enough, quantum will win. But the crossover time might be that I have to wait for 100 million years for quantum to beat classical and that’s not practical. We want to look only at smaller problems, where, within a week or a month, the quantum computer can beat the classic one. And that’s where then many of those problems drop out for now. And we’re left with those problems with an exponential quantum speedup where I need to use exponentially more operations if I were to solve a classically, rather than quantum-ly, then it’s much easier to beat it with a quantum computer. And those are problems in chemistry, as I mentioned, problems in material science, quantum science more broadly. And problems in cryptanalysis, code-breaking for example. So problems when looking for certain structures.

Matthias is a Fellow of the American Physical Society, Vice President of the Aspen Center for Physics, a recipient of the Rahman Prize for Computational Physics of the American Physical Society for “for pioneering numerical work in many seemingly intractable areas of quantum many-body physics and for providing efficient sophisticated computer codes to the community” and of the Hamburg Prize for Theoretical Physics. 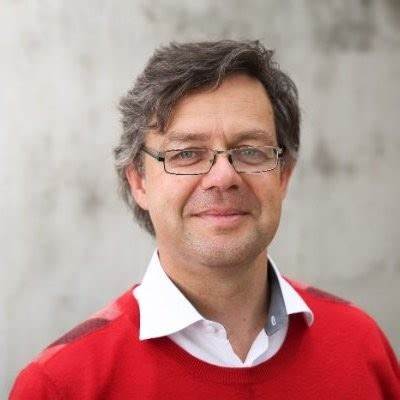