The former head of the Canada Pension Plan Investment Board is joining a Singapore-based venture capital group, in his first role since quitting the fund after his decision to fly to the Middle East to receive a Covid-19 vaccine prompted a national backlash.

Mark Machin, who resigned as chief executive of the $356bn fund in February, will join the board of Serendipity Capital on August 1.

Serendipity, a venture capital group founded in 2020, invests in financial services, technology and climate-focused companies and has filed in the US to raise up to $250m from an Asia-focused Spac.

“All journeys must come to an end,” he wrote in an email to CPPIB staff and seen by the Financial Times. “It has been said that it is better to travel well than to arrive. And we have traveled well.” Machin’s term at the fund officially ended last Tuesday.

Machin travelled in a personal capacity to the United Arab Emirates for a Covid-19 vaccine in February, a period of strict travel controls in Canada. The trip prompted outrage, including a rebuke from Chrystia Freeland, Canada’s finance minister. “Canadians place their trust in the CPPIB and expect it to be held to a higher standard,” she said at the time.

Canada’s largest pension fund has delivered average annual returns of 11 per cent since Machin took the helm five years ago, pushing up total assets from $280bn to almost $500bn.

The financier’s move to Asia follows a nearly decade-long stint in various roles at CPPIB and marks a return to the region where he spent much of his career.

Machin trained as a doctor before joining Goldman Sachs, working for most of his two decades with the bank in Asia, where he became head of investment banking and vice-chair for Asia ex-Japan.

He left Goldman in 2012 for CPPIB, which manages the investments of the Canada Pension Plan, a pillar of the country’s retirement system with more than 20m contributors.

Machin will serve as a non-executive director at Serendipity and “help drive the strategy and governance of the company”, said Robert Jesudason, chief executive. 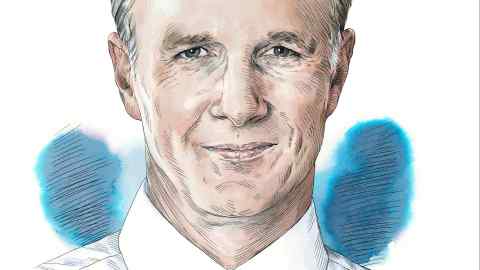 Serendipity has invested in companies including UK-based Cambridge Quantum Computing, which will soon form a joint venture with the quantum computing business of Honeywell, the US conglomerate, as well as climate change advisory and investment firm Pollination.

Singapore has invested heavily to position itself as south-east Asia’s tech and start-up hub, attracting a growing number of investors. The city state is home to more than “200 venture capitalists”, according to the government, and accounts for the bulk of south-east Asia’s venture investments.