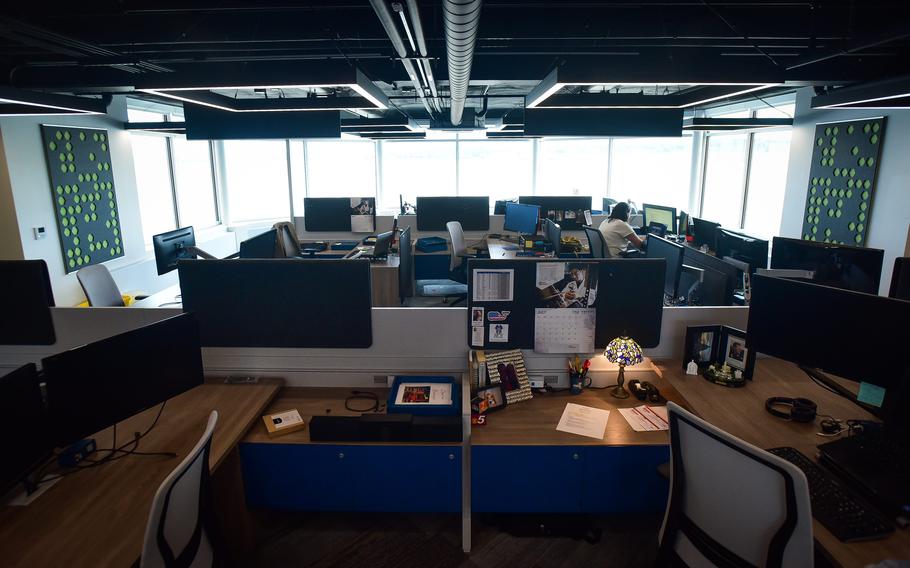 The new Innovare Advancement Center in Rome is designed to give scientists and companies space to use quantum information processing to analyze and improve computer technology. The building offers 40,000 square feet of high-tech and high-speed communications-enabled collaboration spaces. (Alex Cooper, Observer-Dispatch/TNS)

“The race to innovation in quantum computing is proving to be the great scientific race of the 21st century, and Rome Lab is leading the pack,” Schumer said in the statement. “The impacts of falling behind international competitors like China and Russia when it comes to this emerging technology would be wide-ranging and severe — from our economic stability to our national security.”

In addition to the designation, Rome Lab was awarded $8 million to conduct research and development in quantum information science at the Innovare Advancement Center in Rome, New York’s two Democratic senators said.

Innovare was opened at the Griffiss Business and Technology Park in July, though a virtual opening was held in September 2020.

Originally dubbed the Open Innovation Campus, the $12 million computer technology research center was first unveiled in August 2019. It was designed to give scientists and companies a place to use quantum information processing to analyze and improve computer technology, among other research areas.

“Today’s monumental announcement is owed to the innovators at Rome Lab who represent the best of New York ingenuity,” Gillibrand said in the statement. “Senator Schumer and I have long seen the potential in Rome’s AFRL and in the heart of New York workers, and we have fought in Congress to protect the Lab and ensure it always had the federal funding needed to thrive.”

Chruscicki further stated Rome Lab’s designation is an endorsement of the lab’s global leadership in an area critical to the nation’s warfighters and the country in general.

“Before quantum was in our vocabulary, AFRL recognized quantum as a game changing technology that will enable capabilities not achievable with today’s computers,” Chruscicki said.