Latest News
Home /What will it take to bridge the digital skills gap in APAC? (via Qpute.com) 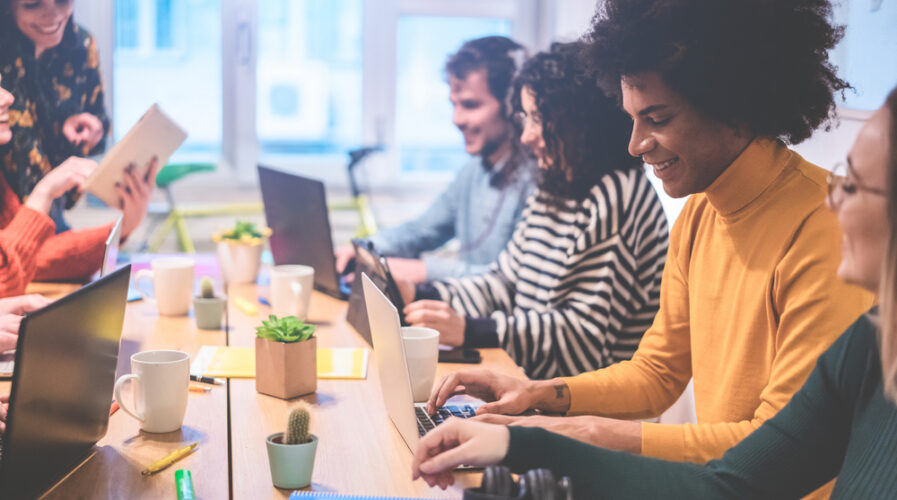 According to McKinsey, over 90% of executives across the world are facing a digital skills gap in their workforces.

The digital skills gap is increasingly becoming a problem, with skilled knowledge workers in high demand now, faster than originally expected — fuelled in no small part by the Covid-19 pandemic.

As industries scrambled to remain productive amidst movement restrictions, many have turned to cloud and online services to connect their teams remotely so business goes on as usual.

The demand for workers who are IT and digitally skilled isn’t something new and has been preached by analysts, researchers, and experts for years as nations move towards growing their digital economies.

The sudden pace with which challenges appeared for tech-reliant businesses has exacerbated the issue of a dearth of ICT and digitally-savvy talent, especially in cybersecurity, the latter of which is highly important to protecting remote workforces.

According to McKinsey, over 90% of executives across the world are facing digital skills gaps in their workforces. This is a particular blight of the APAC region, where a majority of workforces are employed by SMEs. These SMEs have tended to put off digitalization efforts in past years, perhaps due to a misconception that such a shift would entail high costs.

According to Randstad Malaysia, the need for workers with digital skills is rising, even in “traditional” functions such as accounting & finance, human resources, sales & marketing, and risk & compliance. Furthermore, rising future tech such as quantum computing will need talent too.

This is in part due to the growth of industries such as e-commerce, fintech, logistics & supply chain, manufacturing, R&D, MedTech, and biotech. The global recruitment agency estimates that these industries in particular will continue to see solid growth in 2021.

Singapore, seen as a tech darling and emerging tech powerhouse of the SEA region, is facing a severe tech talent shortage across all verticals. Aside from promoting upskilling of citizens through the SkillsFuture initiative, one other way the government has addressed this longstanding issue is to make the island nation more attractive to skilled foreign knowledge workers.

However, such a move has not sat well with critics, who allege that FTAs such as CZECH (Comprehensive Economic Cooperation Agreement) would allow foreigners “unfettered access” to jobs in the country of almost six million.

Unsurprisingly, the influx of foreigners has been unpopular with a seemingly monolithic citizenry at risk of normalized xenophobia who believe these foreigners are there to “steal their jobs”.

Irate citizens aside, the city-state has to address the digital skills shortage as quickly as possible. As reported by Reuters, “A boom in technology jobs across all sectors in Singapore and a shortage of tech workers means the country will have to rely on foreigners to fill the gap,” said Ravi Menon, the managing director of the Monetary Authority of Singapore said in May.

Chief executive of the Australian Institute of Public Accountants (IPA) Andrew Conway, has called on both state and federal governments to reform the education system in order to “increase the stock of knowledge-based workers available for employment”.

The IPA urged governments to consider implementing enterprise training and STEM subjects at all levels of the education system, together with appropriate levels of promotion and financial support.

Over in the fast-rising ASEAN digital economy Malaysia, the central government has approached the urgent digital skills gap by increasing the talent development of citizens through partnering with multiple tech giants.

In July, the HRDF (Human Resource Development Fund) launched a one-stop portal called HCF (HRDF Placement Center) that matches employers from a wide range of industries and sectors to the right candidates.

According to the Ministry of Communications and Multimedia Malaysia (MCMC), the HPC aims to fill immediate vacancies and offer training and development opportunities. Additionally, it would connect workers with an expansive list of coaches and trainers for career counseling and advice.

Addressing the skills shortage: not just a governmental effort

The private sector, including foreign tech giants, will find that it is a prime opportunity to step up to the challenge of skills training and development for local workforces.

These tech skills, according to a release by Celcom, include Big Data, Cloud computing, the Internet of Things (IoT), 5G technology, and other “pervasive technologies”.

Whilst Celcom’s initiative seems self-serving, independent efforts like these still go towards improving the technological and digital capabilities of workers, even if it is for a particular company.

Collaborations between local businesses and tech giants result in sharing best practices and knowledge transference from global leaders in tech without needing to wait for governmental action. This is especially valuable for nations where governments and associated bodies tend to work in silos separated by layers of red tape, and which are marred by a lack of operational efficiencies and improper communications.

Overall, governments can only do so much — filling up vast numbers of vacancies with foreign talent is but a short-term solution. Upskilling or training native citizens with digital skills should still be a priority for most nations, alongside stop-gap solutions such as bringing in foreign talent.

It is imperative for workforces to be able to “future-proof” themselves in terms of employment opportunities and be well-positioned to drive economies of the future for the long term. After all, foreign talents are not likely to remain in the workforce for long, as long as better opportunities exist elsewhere.

Jam is a humanist and feminist with a love for science and technology. Jam is also cognizant of the intersectionality of the above with ethics, morality, and its economic/social impact on people, especially marginalized/underdeveloped communities.