Latest News
Home /How Much Threat Does Quantum Computing Hold on Cryptocurrencies? (via Qpute.com) 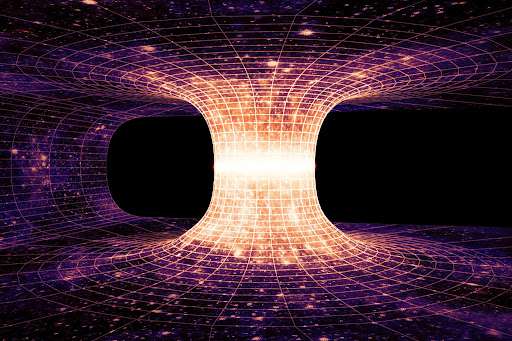 Is there a way out for cryptocurrency and blockchain encryption standards once quantum computing achieves supremacy or will we bid the innovation goodbye and move on to the next?

There is a creeping fear in the cryptocurrency community on what the future of encryption looks like once there’s ‘quantum supremacy’. In 2019, Google claimed it had achieved quantum supremacy following tests of its quantum computer which completed a calculation that would take today’s most powerful supercomputer 10,000 years to complete in just under 200 seconds.

Corporations and businesses have sensitive and non-sensitive data stored on encrypted servers across the world using billions to secure this data. And for good measure. According to the 2020 Cost of a Data Breach Report by IBM, each data breach incident averagely costs companies upwards of $3.85 million. With quantum computing active, the encryption standards could be broken with ease, making these incidents easier to carry out.

Such is the power of quantum computing, which has led some to suggest that cryptographic encryption that protects cryptocurrencies could be at risk. This has led to a myriad of questions around how far we are from this scenario and what the future holds for cryptographic security.

In December 2020, Forbes published an article explaining why quantum computing will not break cryptography. While most in the cryptocurrency and blockchain technology field agree on this, the statement is only true if we are talking about the short term. Quantum computing, as we know it today, has no limit to what it can achieve and how fast it can achieve it. Once full quantum computing is achieved (Google aims to do it in 2029), it could render existing encryption standards obsolete, threatening the security of every significant blockchain.

The most popular public-key algorithms are theoretically at risk of being broken by a quantum computing breakthrough. Most encrypted data intercepted and stored today could be decrypted by quantum computers in the near future.

While the fears could be over-exaggerated (at least for the short term), blockchain developers are still preparing for such a future to prevent the threatening nature of quantum computers. Cryptographers, encryption specialists, and blockchain devs around the world are striving to develop quantum-resistant blockchains capable of withstanding a Cambrian explosion in quantum computers.

Are blockchains ready for quantum computers?

In 2019, Johann Polecsak, CTO of quantum-resistant blockchain QAN, believes the world should start preparing for quantum computers to avoid any massive decryption of data in the near future. Despite giving props to Bitcoin’s cryptography, he explained in an interview that the blockchain’s security could still be in danger.

Bitcoin comes with an extra layer of protection with its double hashing properties, he explained. However, if a quantum computer “is capable of Shor on secp256k1 it’s safe to assume it’s also capable of Grover256”, enabling it to crack Bitcoin’s encryption.

“As for QAN blockchain platform, it is not a linear comparison or a race where we need to keep up side-by-side with increasing qubits,” Polecsak added. “Being Quantum-safe does not mean that we are just increasing bits in currently used algorithms, but that we take a totally different approach which resists the known Quantum attacks by design.”

In detail, the blockchain is based on a new innovative consensus called proof-of-randomness (PoR) that “fosters decentralization and enhances transaction speeds” via its quantum-resistant mechanisms. The consensus mechanism allows the blockchain to be more scalable, more energy-efficient, fair, and higher throughput in comparison with other mechanisms such as proof-of-work and proof-of-stake.

The platform allows users to protect their data in the cloud whenever quantum supremacy is reached, preventing quantum computers from breaking encryption.

Quantum computing sounds like something out of a sci-fi movie. Despite the Google breakthrough at quantum supremacy, we are still way off from identifying quantum computers as a threat to encryption standards employed today. Nonetheless, it needs to be taken seriously, especially in the world of blockchains, where a lot of data is secured by encryption.

Well, the dangers have been widely misguided and exaggerated but developers in the blockchain field are already finding solutions to ensure security remains a key feature in the ecosystem. With the ecosystem currently above $2 trillion, it will be a big injustice if actors against blockchain could use quantum computing to undo whatever has already been done in space.