It took a while to get going, but Arqit Quantum (NASDAQ:ARQQ) shares finally took off following Wednesday morning’s news of a new business agreement. Namely, shares of the UK-based cybersecurity outfit ended today’s session 26.5% higher on the heels of an announcement that it would be exploring network security opportunities with Juniper Networks (NYSE:JNPR).

If you’ve never heard of the company, don’t sweat it. Arqit Quantum has only been a publicly traded company since late last month when it combined with Centricus Acquisition, a special purpose acquisitions company (SPAC). The deal makes it easier for an organization like Arqit Quantum to raise funds. Trading in the meantime has been volatile, to say the least, although mostly bullish and understandably so.

Arqit Quantum offers encryption solutions for computer networks. It can even defend against a newer type of computing called quantum computing, which could theoretically evade many cyber defense measures being used today. Such a defense may have helped prevent the digital hijacking of oil pipelines operated by the Colonial Pipeline Company in May of this year, which served as something of a wake-up call to the rest of the world. 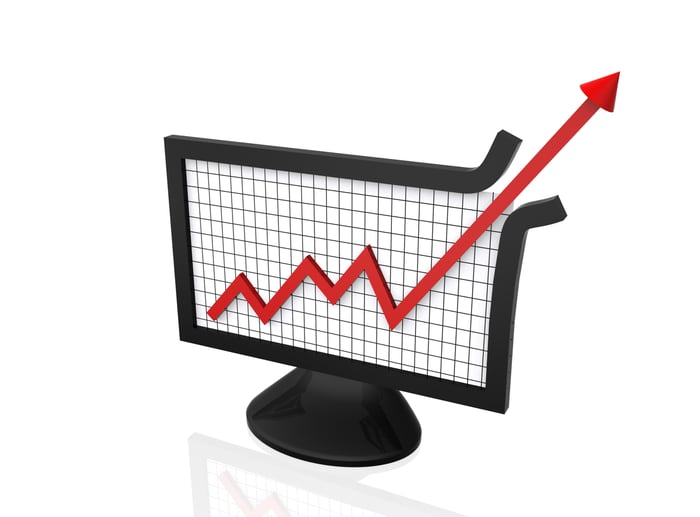 Networking-solutions provider Juniper Networks isn’t waiting for its current and prospective customers to ask. On Wednesday, the company reported it would explore business opportunities with Arqit Quantum that will help its clients defend themselves against quantum security threats.

It’s an encouraging step forward for Arqit. Quantum computing isn’t an especially well-understood technology, but protecting quantum computing environments from hacking and cyber attacks is even less understood. Cybersecurity outfits should be proactive, particularly when it comes to partnerships that add different dimensions of service that can be offered to their customers.

A closer look at Wednesday’s press release, however, makes it clear that this agreement is neither exclusive nor specific. The two organizations are just going to co-explore opportunities. It’s not clear where this partnership is going, if anywhere.

That’s not to suggest Arqit stock can’t or won’t continue to rally. As was noted, this stock has been moving well — mostly up — since its SPAC merger with Centricus Acquisition has closed. Buyers are mostly betting that the company will reach its goal of launching encryption satellites in 2023.

Much can happen in two years though, particularly with a young pre-profit company with a technology that not even all networking technology insiders fully understand…or appreciate. Any further gains made by the stock in the immediate future are going to be more rooted in rhetoric-driven speculative buying than reports of exploratory partnerships like the one forged with Juniper.

This article represents the opinion of the writer, who may disagree with the “official” recommendation position of a Motley Fool premium advisory service. We’re motley! Questioning an investing thesis — even one of our own — helps us all think critically about investing and make decisions that help us become smarter, happier, and richer.