Fifty years ago, the open frontier of sci-fi was space, and the vision of that era’s writers was positive. Satellites in orbit, Skylab, man on the moon, we were on our way! They got it wrong. The real frontier was digital, PCs and the internet, but sci-fi reactions to these—when they came—were more foreboding. Could computers really be trusted? “I remember Babylon,” Arthur C. Clarke warned grimly.

Now the threat is artificial intelligence. Or is it really a hope? Only three years ago, computer scientist Kai-Fu Lee published “AI Superpowers,” a bestselling guide to the subject. But three years is a long time. In “AI 2041: Ten Visions for Our Future,” Mr. Lee has teamed up with sci-fi writer Chen Qiufan to tell us what’s going to happen next. The book consists of 10 short stories, each followed by a section of factual commentary and analysis. We’re now “at a tipping point,” Mr. Lee writes in his introduction. “The days of slow progress are over.”

By Kai-Fu Lee and Chen Qiufan

We may earn a commission when you buy products through the links on our site. 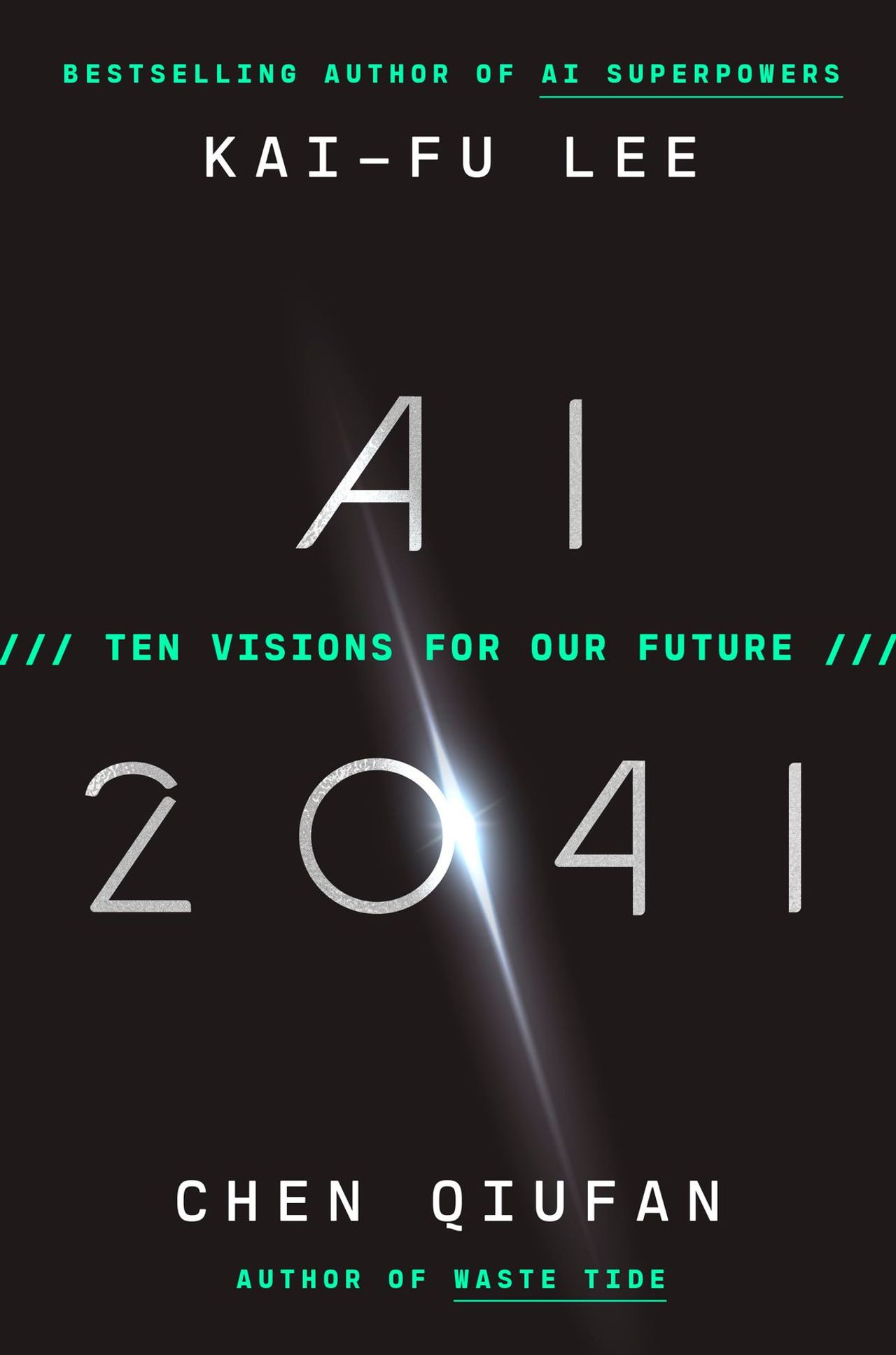 What’s the first thing AI can do? It can use “deep learning,” just like internet companies recording your likes to target their ads, but on a much greater scale, and the place to start may be insurance. In “The Golden Elephant,” a family in Mumbai are protected against pretty much everything with their provider Ganesh Insurance, but the premiums change all the time depending on what they do. Give up smoking, down go the premiums; head into the slums, your app will flood with alerts and warnings. But when teenage Nayana starts taking an interest in a boy, Ganesh rapidly picks up the clues that say Sahej must be a Dalit, an untouchable. Ganesh wants the best for Nayana, and in this case true love won’t help the premiums . . .

Then there are deepfakes, which we already have with celebrity porn videos. In “Gods Behind the Masks,” set in Lagos, Nigeria, a young man named Amaka has honed his skills creating false identities for himself on dating apps. Now he’s hired to do the same job in politics. His handlers want him to create a fake video to discredit a popular whistleblower program fronted by a digital avatar. Strip the mask of the avatar away, reveal the face behind it as a politician with his own ethnic axe to grind—there goes his credibility. So Amaka, “like a twenty-first century Dr. Frankenstein,” but with AI assistance, painstakingly sews together face and gestures and body language from different video clips to sink a political opponent. But how long will Amaka stay bought?

Some of the scariest scenarios in this collection deal with quantum computing and structural unemployment. Quantum computing is here, it’s fantastically more powerful than the fastest pre-quantum supercomputer, and the first thing it could be used for is cracking private keys to bitcoins. That’s what Icelandic hacker Robin, who’s bought a map to a lost “digital wallet,” is trying to do in “Quantum Genocide.” Robin’s expertise means she’s called in to help stop the Doomsday Blacklist, a terrorist attempt to destroy the world economy. The cure isn’t much better than the threat. The accompanying commentary warns that there are two million bitcoins stored in the “old” and “vulnerable” P2PK format, quite safe up to now. If you still have a P2PK account, “put this book down now and go secure your wallet!”

The authors offer solutions for all the bad scenarios they present, but the least successful of these are the ones they suggest for unemployment. As AIs take over all kinds of jobs, especially white-collar ones, a lot of employees are going to feel like turkeys waiting for Thanksgiving. Others lower down the employment ladder will feel more like cockroaches, scuttling from one corner to another in search of scraps.

Not to worry, however, there are some things AIs still can’t do, and they involve creativity, empathy and dexterity. So there will always be openings for scriptwriters, social workers and people who work in “unstructured spaces” which AIs have not observed. Like sewer lines, perhaps? This vision is not as reassuring as it’s meant to be.

The authors end their book with “Dreaming of Plenitude.” They imagine a society—in Australia, good place for a test-run—where everyone has a Basic Life Card and a credit-and-reward system called Moola. There’s also a popular movement called “dream4future,” which encourages and rewards the big projects: restore Aboriginal language and culture, build sustainable cities, and—back to the old sci-fi vision—explore Mars. And we can have it all. At a price. Which is, total financial, corporate and societal overhaul.

No one can say modern sci-fi authors don’t think big, and they certainly can think positive. Just the same, most of us are going to take this book as a warning, a very valuable one, and not only those who hold bitcoin.

U.S. Warns of Efforts by…